Living without DSTV makes all kinds of sense 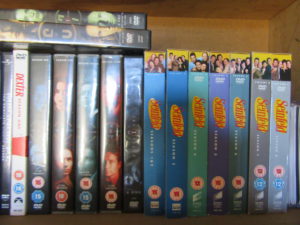 Our substitutes for DSTV

There are many simple financial cuts which make it possible for me to be a SAHM.  Our cars (Hyundai and Kia) are 11 & 9 years old.  We don’t need expensive cell phones, my basic Samsung Galaxy Fame does what is needed (R750 at Pep cellular and is on pre-paid not contract).  I’m actually grateful not to have a more fancy phone providing temptation to waste unnecessary precious time.  Not having DSTV was never a sacrifice as we were never subscribers but it would be out of our budget.

These are my reasons why DSTV would be money ill-spent.

I do wish that I could watch the big cricket games.  Cliff would like to sometimes watch rugby, but when there’s a big game on he goes to watch at a pub.  For R759 a month it is so not worth it.  In the near future we will be able to stream sport anyway.

We can get so locked into the ‘must have’ mind set that it’s hard to imagine life without certain things but we need more imagination to free ourselves.  That said I will now climb out of my warm bed, leave the laptop and get on with something constructive.