On 12 years of marriage and mending (maintaining) 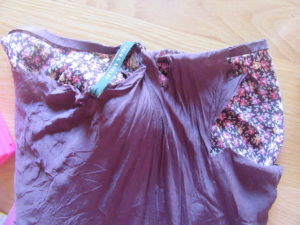 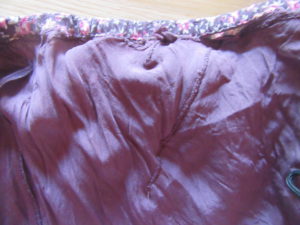 Every year on our wedding anniversary, I wear the skirt and top which I wore the day we first met in the Nampak parking lot (we corresponded via matchmaker.com briefly before that).   We met on 5 March 2004 and married exactly a year later.  Over 13 years that skirt lining has perished, yesterday before wearing it, I mended it.  We live in a world where everything is disposable and few things are made to last, sadly many marriages are approached in the same manner.  Looking at my mended skirt, I felt a sense of wholeness, echoed in our marriage.  Our relationship has altered since those early days, sometimes it has been a little frayed but I’ve never felt that it’s beyond repair. 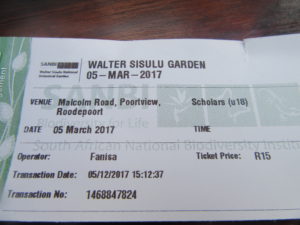 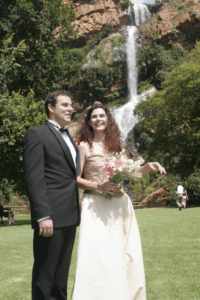 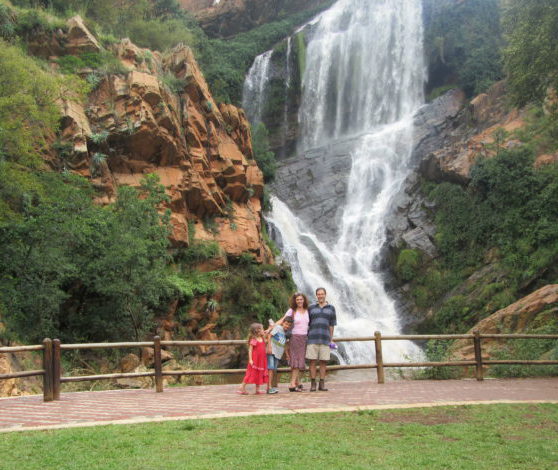 The seasons of marriage. Sometimes the waterfall is a trickle and sometimes an abundance. 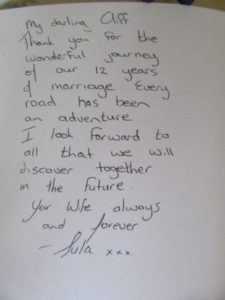 I didn’t realise that the 12th anniversary still had a specific gift material. Cliff looked it up and bought me a lovely silk nightie. I gave him a SA Road Map book 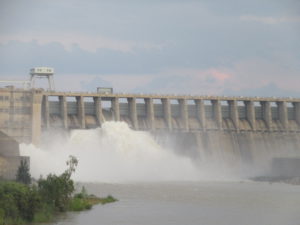 It was a watery weekend. We also visited the Vaal Dam wall, wonderful particularly since the dam was below 30% at the start of summer