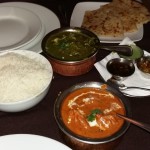 The date night concept is nothing more than a cutesie idea to us.  With potential babysitters far afield we simply stay home or go out with the children.  When a rare opportunity for couple time arose we grabbed it with both hands. In the mood for Indian food our first choice was Classic India, however the most ghastly loud music ... END_OF_DOCUMENT_TOKEN_TO_BE_REPLACED

The ethereal calm of moonlight diffuses the sharp edges of the day.  On Sunday night Fjord (8) was plagued with insomnia, despite his bedtime rooibos and chamomile tea which usually does the trick.  I tried something different and it worked wonders.  I took him outside and we lay on a blanket together.  Clouds luminous with moonlight scudded across the starscape, ... END_OF_DOCUMENT_TOKEN_TO_BE_REPLACED 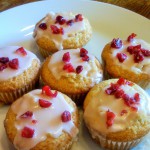 ** LUCKY DUNCAN WON THE OCEAN SPRAY CRANBERRY HAMPER** Cranberries are jewel pretty and packed with goodness.  These super fruits contain vitamin C and powerful antioxidants.  I always knew that they are excellent in dealing with UTI’s (I’ve tried and tested this successfully) but research is now showing that they can also play a role in cardiovascular health.  When Ocean ... END_OF_DOCUMENT_TOKEN_TO_BE_REPLACED

The Victorian Secret – should not be kept secret

first heard of The Victorian Secret in Benoni referred to as Victoria’s Secret. While it is a genteel and respectable establishment, the indulgence feels just a little naughty. When Mum visits from Durbs, I like to take her out for a treat. Previously we have been to The Margaret Roberts Herbal centre and Arum Symphony. This time we chose The ... END_OF_DOCUMENT_TOKEN_TO_BE_REPLACED

I knew you by the shape of the air you left behind It couldn’t hold your essence Couldn’t fit within the mind I knew you in the silence the pause between the notes Free beyond the music It rises and it floats Words may awe and dazzle birth thought to voice and form but that is not the way you ... END_OF_DOCUMENT_TOKEN_TO_BE_REPLACED

Four days ago my friend Abbey found 2 Cape Sparrow chicks in her garden, she could not leave them where they were as their puppy who discovered them considered them food / playthings.  She brought them to me as I seem to have become the ‘bird lady’ since raising the Olive (Karoo) thrush Poopsie.  Before advising how to care for ... END_OF_DOCUMENT_TOKEN_TO_BE_REPLACED

I suffer from handuppalitis and seem to always find myself volunteering for everything, be it standing on a bridge with a “Hoot against e-tolls” banner, or cooking lunches at the pre-school when the cook was off work.  The most crazy was working as a volunteer in office admin at Fjord’s previous pre-school for a full year.  I’m getting better ... END_OF_DOCUMENT_TOKEN_TO_BE_REPLACED

Visiting the wine estate Reyneke, we were guilty of a faux pas, unaware that tasting should be by appointment. None the less we were graciously accommodated between two bookings. The tasting was a friendly personal interaction where assistant winemaker Nuschka shared her knowledge and passion for what she does. Reyneke is a biodynamic estate. Not only are organic principles followed, ... END_OF_DOCUMENT_TOKEN_TO_BE_REPLACED

The Karoo Art Hotel in Barrydale

The Klein Karoo and R62 can be summed up with a string of Q words, quaint, quirky and quiet being a few. At dusk Barrydale glows with an ethereal light at the foot of the Langeberg mountains. The Barrydale Karoo Art Hotel embraced us with an abundance of tasteful quirky on arrival . Art abounds from innumerable paintings on the walls to ... END_OF_DOCUMENT_TOKEN_TO_BE_REPLACED

After mooching around the house in a brain melting heatwave, discovering Stellenbosch University Botanical Garden was a real winner.  Botanical Gardens have timeless appeal to us (we married at Walter Sisulu Botanical Garden in Jo’burg) and our favourite places to eat or drink are those with outdoor seating. Despite visiting the Western Cape annually for about 10 years, this was a special ... END_OF_DOCUMENT_TOKEN_TO_BE_REPLACED