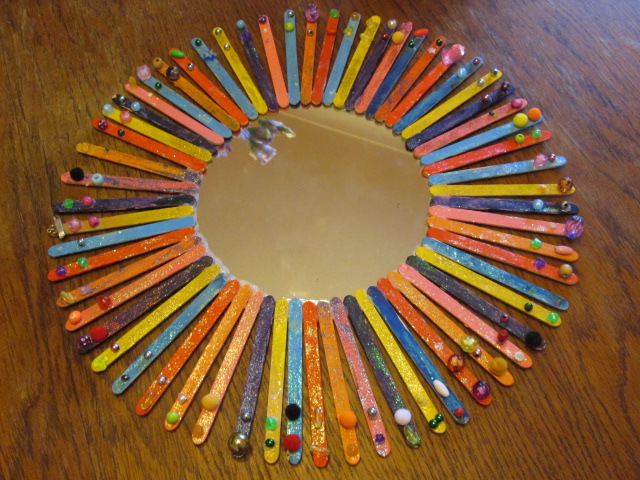 For her 4th birthday in July Acacia was given some lovely gifts for making crafts.  Amongst these was a pack of popsicle sticks from her Top Tots teacher, Abbey.  I searched the internet for ideas, and found a few pictures of mirrors surrounded by popsicle sticks.  The ones which I found were either plain brown or spray painted gold.  We decided to paint the sticks various colours, followed by a layer of glitter craft paint.  We then stuck on beads and minature pom poms with craft glue.  Finally we glued the popsicle sticks to the round mirror (also using craft glue), I had to do this in stages as the popsicle sticks needed to rest on a cloth which kept them level with the mirror while drying. 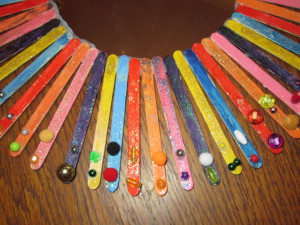 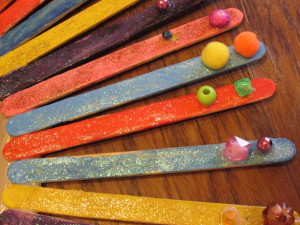 Although Acacia had fun doing the craft project, I would not tackle it the same way again.  She got bored during the stage of painting the sticks (we painted both sides), followed by the layer of glitter paint on one side. Children like to tackle a task and see quick results.  We worked on them now and then over a period of over 3 months.  Too long for a little person.  I have now seen that Westpack sell packs of multicoloured lolly sticks, it would be simpler to get those and simply paint with glitter paint and stick on the decorations, either that or I should have painted the plain ones different colours for her first, or spray painted the lot.

21cm round mirror (cost R15 from a local glass and mirror shop, and they cut it to the size requested)