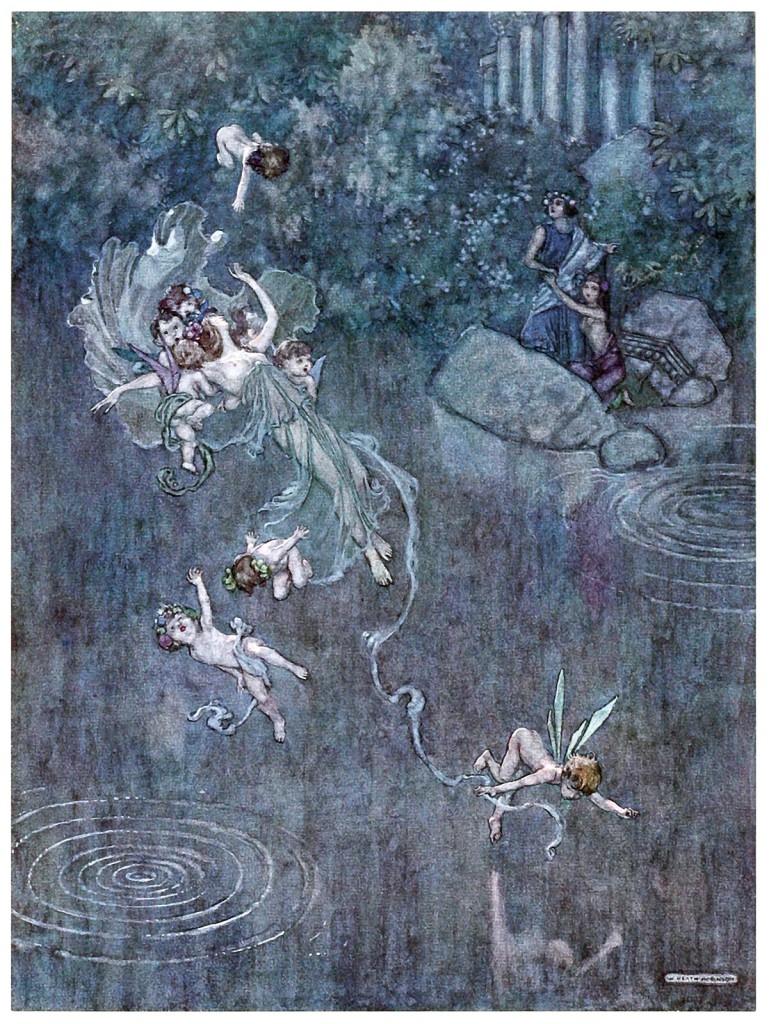 The walls of my childhood bedroom were adorned with prints and posters, and of course my mother’s art.  One poster print captured my imagination, it was a Heath Robinson illustration for A Midsummer Nights Dream.  The same elusive feeling captured by the artist, stirred at Blyde River Cabin.  The misty, rainy weather during our stay did not detract from the experience.  Instead it cloaked us in mystical peace.  Cliff commented that Saturday was the longest most peaceful day that he has enjoyed in years, somehow time expanded and embraced us, instead of fleeing in truncated haste. 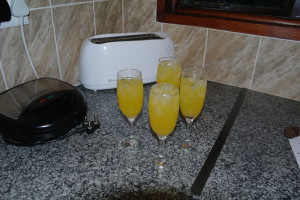 If I could choose only one word to describe Blyde River Cabin Guesthouse it would be “thoughtful.”  Thoughtful not only with reference to our hosts, but the environment is one which nurtures reflection.   Our hosts Gay and Willem understand the real meaning of hospitality.  Not only in demeanour but in all the little touches which speak of genuine concern for their guests comfort.  They also understand the profound impact of first impressions.  The kitchen at the cabin is the best equipped which we have visited.  It even has a dishwasher!  I so appreciated there not being the guest number (or less) of cutlery, crockery and glassware items, it is such a bind when the bare minimum is provided and you have to wash and dry a knife or spoon in the middle of food preparation. 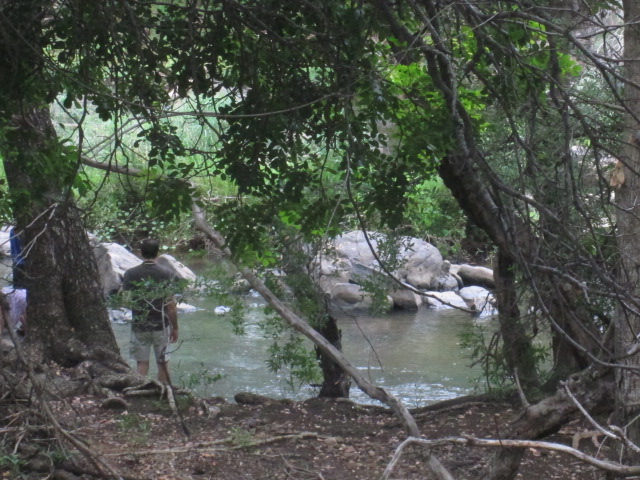 Segment of Blyde River seen from our balcony

When memories of our stay at Blyde River Cabin fade to a few mental snapshots.  I will remember fireflies, flitting in the night sky;  the fairies of the bush.  An owl hooting in the silence.  The auditory balm of the river running though.  The visual segment of the water seen from our balcony, a reminder that in all things we are part of something bigger and more beautiful than our perception can grasp. 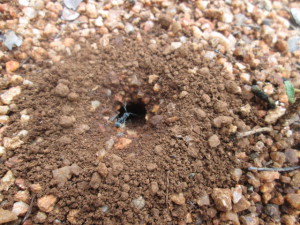 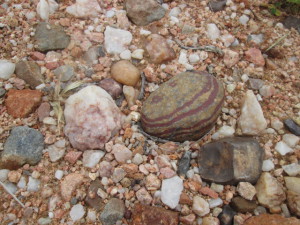 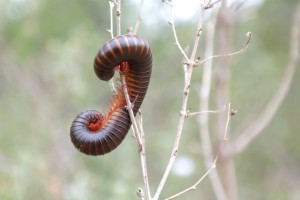 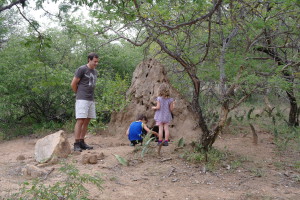 Walking with 2 not-so-silent children was prohibative to animal spotting.  Any  creature which we saw would have to be either dead or deaf.  We did almost see a giraffe but it fled when Fjord loudly pointed out a termite mound.  Still opportunities to see insects abounded, it’s good to appreciate the small things. 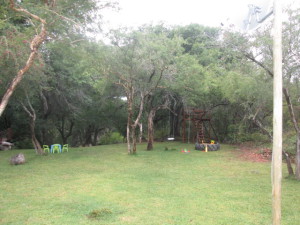 As we left, Gay was preparing for a group of children arriving the following day.  She and Willem are both fully qualified, working nature conservationists.  They host a few fun-filled days for children aged 7 – 13 attending their “Wild Child Bush School” where children sleep in a tent on a deck under their supervision.  I imagine that this experience would remain embedded in children’s memories for life, what a rare and special opportunity.   A teacher at my primary school was the daughter of the legendary Ian Garland (1), she took our class to Twinstreams Environmental Education centre on what was then his farm.  I will never forget the essence of what he taught us that weekend. 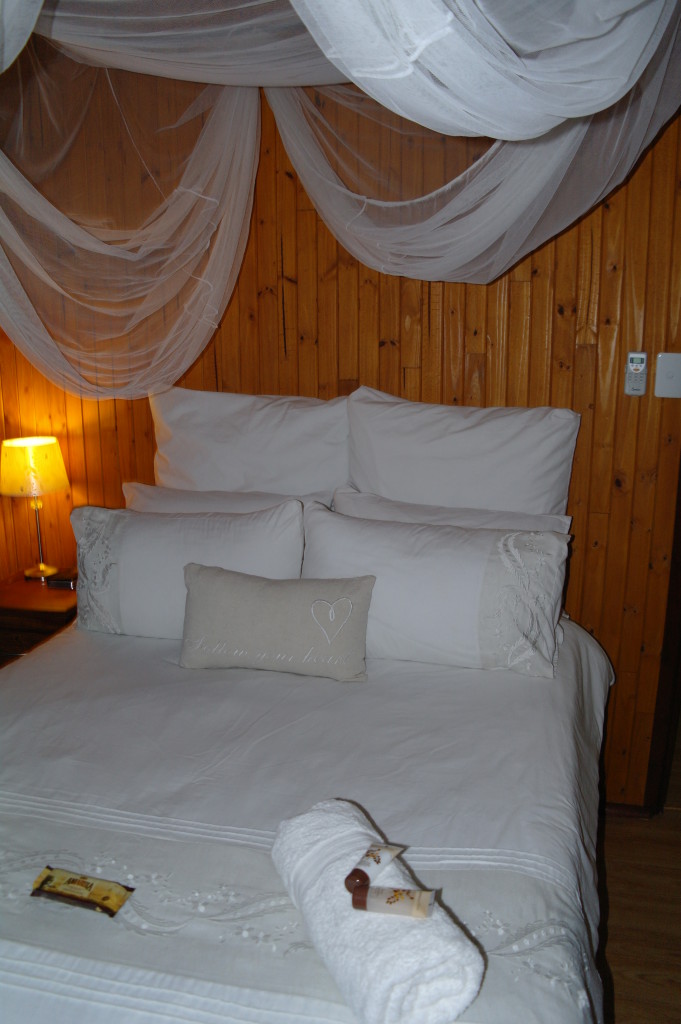 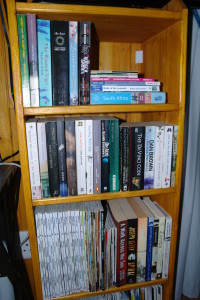 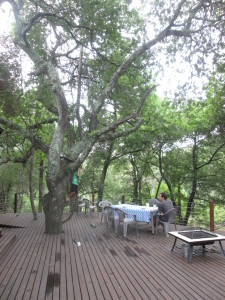 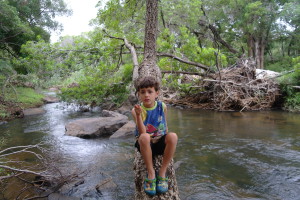 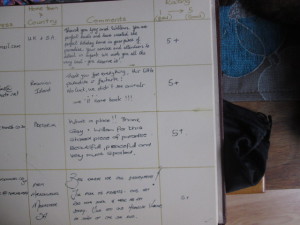 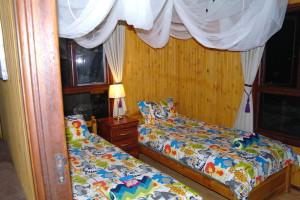 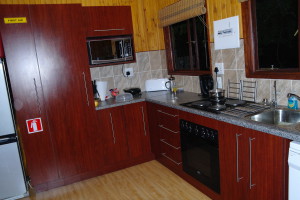 There are so many South African treasures to discover.  So little time to do so.  With very few exceptions we choose new destinations over those already visited.  Blyde River Cabin is one which we would love to return to.

* Note, Blyde River Cabin Guesthouse is in a malaria area.  When you visit it is absolutely imperative to use mosquito repellents.

** The dirt road to the cabin needs to be negotiated very carefully, we did manage it in our Getz but a vehicle with a higher ground clearance would have been better.

*** Blyde River Cabin is 20Km from Hoedspruit, there are a number of activities in the area.  We visited Garden of Eden, tea garden and Moholoholo Animal Rehabilitation Centre.

1)  Ian Garland was a sugar cane farmer who was instrumental in rehabilitating the Siyaya catchment area,  Ian planted over 60 000 trees during his lifetime and received 2 honorary doctorates.  Twinstreams and his nursery continue their work after his death.