PediaSure can fill gaps in my children’s nutrition 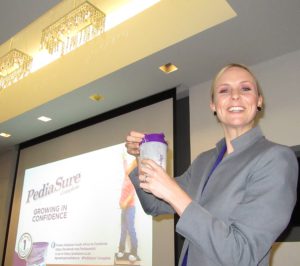 An informative talk on the benefits of PediaSure

Five servings of fruit and veg a day is an ideal theory and one which I constantly strive to meet.  but it is near impossible to achieve.  Cereal is the children’s standard start to the day.  For lunch I’m doing well if cucumber or a fruit is on the plate.  Supper generally includes 2 veg but the tally remains below 5.  I’m painfully aware that this is not enough.

I was excited to receive an invitation to an informative breakfast hosted by Abbott Nutrition’s PediaSure.  I left grateful to have discovered an alternative to increasing the nutrients necessary for my children’s development.  PediaSure was developed on a foundation of Science based nutrition and has undergone research as thorough as Abbott into their pharmaceutical products.  Initially it was developed for children in hospital as a means to provide the necessary optimal nutrition.  PediaSure can be used in place of children’s vitamins, in which case not only are vitamin requirements met but nutritional needs also fulfilled.  The amount of sugar in one serving is equivalent to that found in 1 small banana.

I wish that I had considered PediaSure when Fjord was little, he has allergies to egg, nuts, peanuts and certain fruits.   He was 3 when he outgrew his milk allergy (PediaSure is recommended from age 3, it contains milk solids but is lactose free).  With the dietary restrictions of his allergies it would have played a vital role in his growth and development.  Although he is 9 now and feeding him is less of a challenge, I will supplement on days when I feel that his needs have not been met. 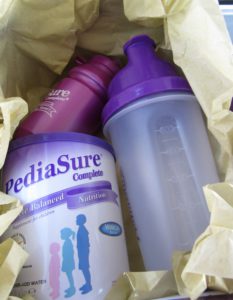 Thank you PediaSure for the gift box

Acacia (6) is at a point which has me pulling my hair out at meal times, she is going through a very picky stage and dawdles over her food until I want to scream.  Recently I sent her to bed after she had eaten a fraction of her dinner in what felt like an eternity, I paid dearly at 4 am the next morning when she woke me with “I’m hungry!”  Although she drinks the PediaSure, she is not mad about the flavour.  Fortunately Abbott have recipes where it can be incorporated into cooked meals, you can also use your imagination and create meals which compliment the flavours. 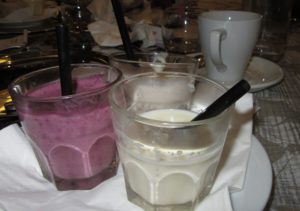 Yummy smoothies made with PediaSure

Thank you PediaSure for a very interesting morning and a lovely breakfast.

Like Loading...
health nutrition parenting PediaSure South Africa 2016-08-18
sula 1968
Previous: Maris Stella class of ’86 reunion, we were all bricks in the same wall
Next: In Ekurhuleni I could have voted for IRASA and inadvertently voted ANC, small parties can betray their voters.