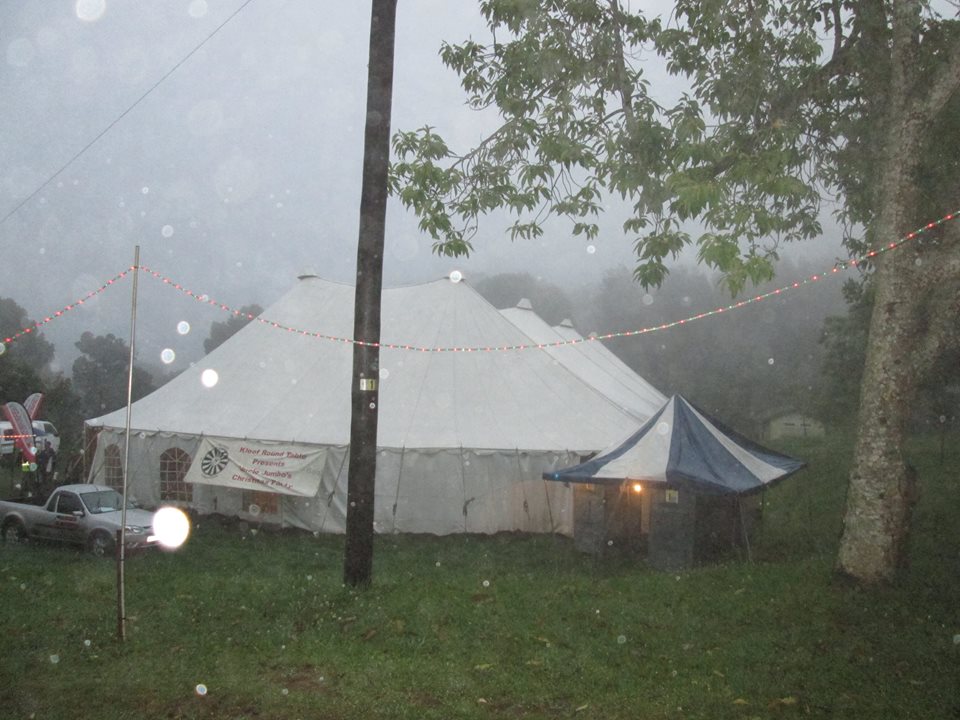 20 Years ago my eldest children Domi & Heath were 3 & 5, around then I first took them to  their first Uncle Jumbo’s Christmas Party.  That and all following visits remain special memories for us.  Now 20 years later, I took their little siblings Fjord (7) and Acacia (4) for their first Uncle Jumbo’s experience.  I would have taken them sooner but we now live in Jo’burg and this time a family visit coincided with the dates in December when the show is on.  Seeing the big white tent a wave of warm nostalgia washed over me.  Kloof complied by being misty and drizzly, just as I remember it.  This year is the 40th anniversary of Uncle Jumbo’s Christmas Party, if you live in the greater Durban area it probably is (or should be) a very happy place in your memories.  Ah let me re-wind and tell you what Uncle Jumbo’s is all about.  The good folk of the Kloof Round table like to do good things for charities, this is a very very good thing! 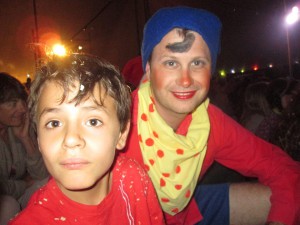 As you enter the big white tent, you drop off wrapped gifts for your children (don’t be like me and write their names small, big and bold would be easier to read) at the end of the show Father Christmas and his helpers dish them out.  You also take along a wrapped gift for a children’s charity.  You need to be quite sneaky and hand in the Children’s gifts without them seeing this sleight of hand.   Proceeds from ticket sales also go to charity.  Leading up to our visit I asked a few questions on the Facebook page, the nice man who responded to these, recognised me from my Facebook pic when we walked in.  It’s a good idea to go about half an hour early as once inside the tent the Kloof Village Mall Superspar are on hand selling hot dogs, popcorn and other food.  Drinks are also for sale.  Seating is on cloth-covered crates (you may like to take a cushion along).  Members of the Round Table put on the show and they do a great job of it.  The show is very interactive and the children really felt part of what was going on. 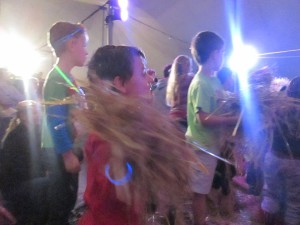 Throwing hay at the baddies

Noddy and Big Ears were familiar characters and I’m certain that the music when the ‘baddies’ come on the stage is the same as 20 years ago.  Children have rollicking fun throwing hay at them and calling for Mr Plod.   contemporary characters always play a part.  20 Years ago I remember the Bananas in Pyjamas, this year Lego characters and Ninja turtles featured. 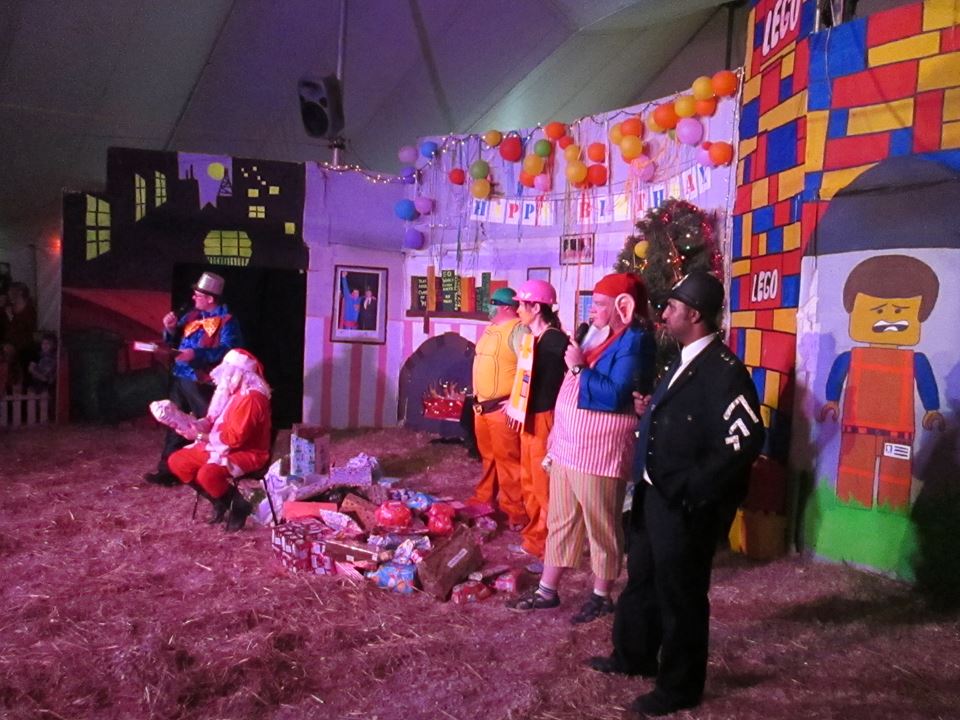 Father Christmas and his helpers giving out gifts

As this was the 40th anniversary party, at the end of the show bags of sweeties were given to all the children (donated by Kloof Village Mall Superspar).  Father Christmas arrived and he and his helpers distributed the gifts.  If your little ones are tired you can leave as soon as they receive their gifts as that is the end of the show.

Fjord and Acacia will never forget last night and driving back to my brother’s home they jabbered non stop about all the highlights.  They loved everything from start to finish.  When they spoke to Daddy (who is at home in Jo’burg), they were already asking to be back in Durban at this time next year as they want to go again.  Thank you Kloof Round Table for keeping up a magical tradition.

PS – If you liked reading this post please vote for me in the SA Blog awards, the button is on the right of this screen.