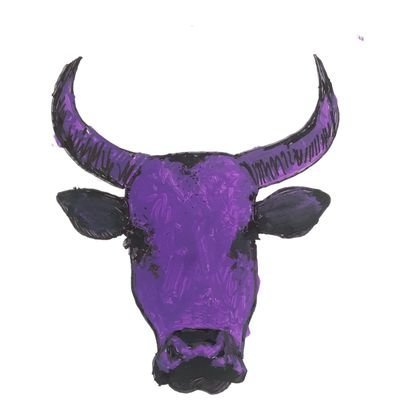 First off I must state that I am in now way representative of the ZACP  (Purple cow party).  They don’t even know that I exist.

I will try to structure a shamble of thoughts, around this topic.  The birth of COPE got me very excited and involved in politics.  I believe that if they had capitalised on the tremendous positive energy which their launch created, today they would be a significant player in parliament.  They captured my heart and mind from the day that Lekota announced that he would start a party.  In the end I left disillusioned when the two main leaders behaved like the biblical mother who opted to cut “her” baby in half.

I took a break from branch politics until my friend Marius (ex-COPE) asked me to join our DA branch.  I became branch secretary.  I even went through the application process to be a ward councilor.  I still have a dent in my thigh from tissue damage after falling down a step at the polling station when I was a DA party agent, staying up all night during vote counting.  Marius is now our ward councilor.  By the way, to those who say that the DA is a white party, bollocks! Generally I was the only whitey at branch meetings.  This is in Boksburg, the same town which tried to keep Boksburg Lake ‘whites only’ post ’94.

After elections I again stepped back from active politics, primarily to focus my energy on my children, scouts and other non political activities.  I was just a bit politiced out.  I also went a bit off the DA, they seem to be playing a defensive game, and dancing to a tune dictated by the EFF, I get the impression that they are on the back foot.

I was unimpressed with the cowardly manner in which they treated Helen Zille after her Singapore comments.  She repeated ad nauseum that colonialism was reprehensible and that she was simply recognizing that some resulting elements had been positive.  Along the lines of don’t throw the baby out with the bathwater.  Long ago lived with and was engaged to an abusive man, he not only physically hurt me but broke my spirit.  I went through a domestic violence court case and moved provinces thanks to him  In a nutshell it was very bad.  Still I have to acknowledge that some positive came from that terrible time.  Through him I met some amazing people.  Together we did some cool stuff.  I wrote the lyrics and he the music for a song which was played on radio.  I developed empathy for other woman who are abused.  I became a far stronger person.  It is OK positive can come from something negative but the DA did their best to wash their hands of Helen Zille when she made a logical statement.

I will probably vote Purple Cow (ZACP) on the national ballot (Still DA on provincial).  I’m very much over the game of politics.  I like their, like us or lump us feel.  You will never please everyone anyway.  They appeal to the part of me which resonated with the book “A town like Alice” Many people equate materialism with capitalism yet I’m one of the least materialistic people I know.  Socialism and communism are very pretty ideals but in the real world, not so pretty.

A random point.  Before being a SAHM I worked in the packaging industry in internal sales.  I gave more than 100%, always trying to go the extra mile.  I remember driving from Pinetown to Durban with a baby and toddler in my Mazda 323 on a Friday night to deliver pizza boxes to a desperate customer who was out of stock.  It was “not my job”.  My annual increase was performance based and because of my work ethic and ability, I got good increases.  One day we were all called into a meeting, the union had dictated that in future all workers would receive the same annual increase regardless of ability and performance.  By nature I could not lower my personal standard, but my inner spark was dealt a severe blow.

Another random point.  In the 90s the clothing and footwear industries in Durban were huge.  They were among our biggest customers employing vast numbers.  One by one companies closed and imports primarily from China increased.  Not only were innumerable jobs lost but the knock on impacted related industries such as textiles (Frame group for instance) and packaging companies such as ours.  I can’t get my head around setting minimum wages which end up leading to business closures, because government ‘cares’ so much about workers that they end up out of work.  They don’t seem to care equally for the Chinese workers who I’ve heard earn considerably less than our minimum wage.

I’m not going to rehash what I’ve heard and read of the principles of ZACP rather watch the video below and do some reading.  I played the video in the background while cleaning the kitchen.  Everything that they say makes sense to me.  I feel that theirs is a voice which I would like to speak for me in parliament.  They are only on the national ballot, I can vote for who I like on the provincial ballot.

The DA are on a big drive to dissuade us from voting for a small party, trying to manipulate with fear.  I totally agree that in municipal elections you can end up with your vote going to a party which you would never normally support.  In the last election Ekurhuleni could have had a DA mayor if the small parties such as IRASA had not sided with the ANC.  This scenario will not play out if I vote Purple cow on the national ballot.

The worst case scenario will be that my vote may be ‘wasted’ because the shortfall of votes from the number needed for a seat end up ‘wasted’.  This rule however applies to all parties even the DA, some votes simply don’t count toward a seat.  I guess these shortfalls are equivalent to a spoiled vote which is still better than not voting at all as each vote still impacts on the percentages attained by each party.  Votes for smaller parties will still result in the ANC getting a smaller percentage of the vote.  Please comment below if I have got anything wrong.  My maths sucks and I’m a SAHM not a politician.

I’m very interested to hear the thoughts of anyone reading this regarding Purple Cow (ZACP) or the coming elections in general.