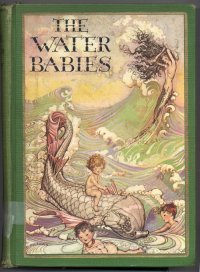 For a very long time I have known that I would enjoy re-reading The Water Babies by Charles Kingsley.  All that I remembered was Tom the chimney sweep and his transformation to a water baby.  I’m not even sure if as a child, I read the entire book.  My current copy is a little disappointing, as it lacks illustrations.  Like a child, I longed for more pictures while reading it. 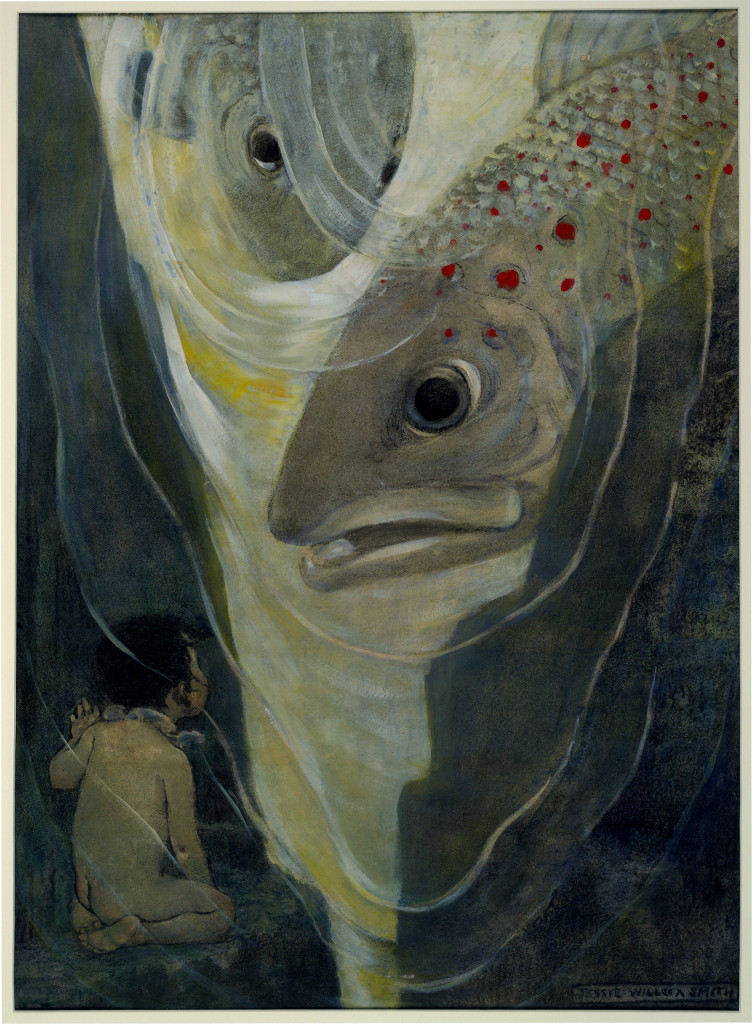 To me The Water Babies is better read as an adult.  It falls in the same category (allegorical fiction), as books such as The Alchemist, Jonathan Livingston Seagull or Zen and the Art of Motorcycle maintenance.  Often while reading books of merit such as these, I sometimes feel a little annoyed and find myself muttering “Ok, I get it”.  While some readers find The Water Babies patronising or preachy, I didn’t, one man’s meat …..   Allegorical novels such as those mentioned are targeted at adult readers.  The Water Babies was written as a children’s book, I didn’t feel talked down to.  Charles Kinglsey, rather wrote in a manner which would stretch children beyond a level which other writers would expect children to grasp easily.  I love the metaphors used and I enjoyed the story.   The independent stories told within the primary adventure of Tom’s journey, are all little gems. 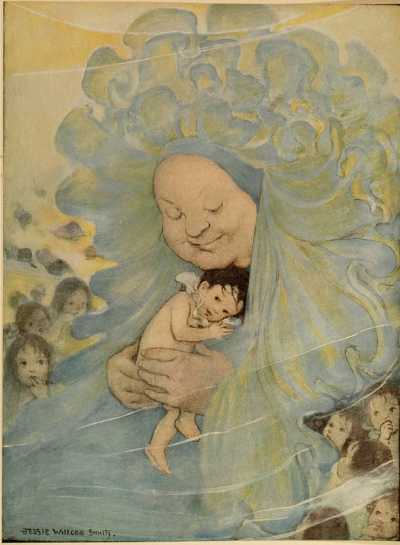 “Don’t go away,” said little Tom. “This is so nice. I never had any one to cuddle me before.” 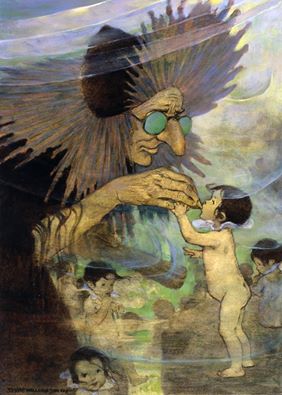 “… she was like a great many people who have not a pretty feature in their faces, and yet are lovely to behold, and draw little children’s hearts to them at once; because though the house is plainly enough, yet from the windows a beautiful and good spirit is looking forth.”

The characters Mrs Bedonebyasyoudid and Mrs Doasyouwouldbedoneby, appealed to me.  Yes they are personifications of the biblical instruction “Do unto others as you would have done unto you”, but I view this as sound advice.  A friend once tarnished that by saying “All well and good, until you run into a sick sadomasochistic f**k,”  but that’s beside the point.

Considering that The Water Babies was written in 1863, so much remains pertinent today such as this passage on parenting, from the sub-story where Tom encounters root vegetables which were once children but transformed by too much focus on formal education.

“You see, said the stick, ‘there were as pretty little children once as you could wish to see, and might have been so still if they had been only left to grow up like human beings, and then handed over to me; but their foolish fathers and mothers, instead of letting them pick flowers, make dirt-pies, and get birds’ nests, and dance round the gooseberry bush, as little children should, kept them always at lessons, working, working, working, learning weekday lessons all weekdays, and Sunday lessons all Sunday, …. till their brains changed to turnips, with little but water inside; and still their foolish parents actually pick the leaves off them as fast as they grow, lest they should have anything green about them’.  …. ‘They can’t play now, if they tried.  Don’t you see how their legs have turned to roots and grown into the ground, by never taking any exercise, but snapping and moping always in the same place?’ “.

Another story within the story was the tale of the Doasyoulikes, again this could stand on its own “[The DoasyouLikes] lived very much such a life as those jolly old Greeks in Sicily, whom you may see painted on the ancient vases, and really there seemed to be great excuses for them, for they had no need to work… And they sat under the flapdoodle-trees, and let the flapdoodle drop into their mouths; and under the vines, and squeezed the grape-juice down their throats; and, if any little pigs ran about ready roasted, crying, “Come and eat me,” as was their fashion in that country, they waited till the pigs ran against their mouths, and then took a bite, and were content, just as so many oysters would have been.”

Many lines jumped out at me like “All else was silent. For old Mrs. Earth was still fast asleep; and like many pretty people, she looked still prettier asleep than awake.”

“Neither was he frightened; for he had been doing no harm.”

I often smiled at the gentle humour ““And of course Tom married Ellie?” My dear child, what a silly notion! Don’t you know that no one ever marries in a fairy tale, under the rank of a prince or a princess?” 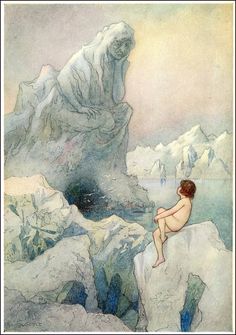 But, instead of that, she sat quite still with her chin upon her hand, looking down into the sea with two great grand blue eyes, as blue as the sea itself. Her hair was as white as the snow – for she was very very old – in fact, as old as anything which you are likely to come across, except the difference between right and wrong.

What always drew my memory back to The Water Babies was that I have always loved the idea of a tarnished self being cleansed and made new.  On re-reading the book this was reinforced but I was left with so much more.  Now I should read (or re-read) Gulliver’s Travels.  Before The Water Babies made reference to the work, I felt similarities.  I have a strong feeling that Charles Kingsley was influenced by Jonathan Swift.

Like Loading...
book review book reviews books The Water Babies 2014-11-11
sula 1968
Previous: Poetry a journey into and out of an abusive relationship
Next: The History of Durban Live Poets Society (LiPS) when Jillian Hamilton was convenor