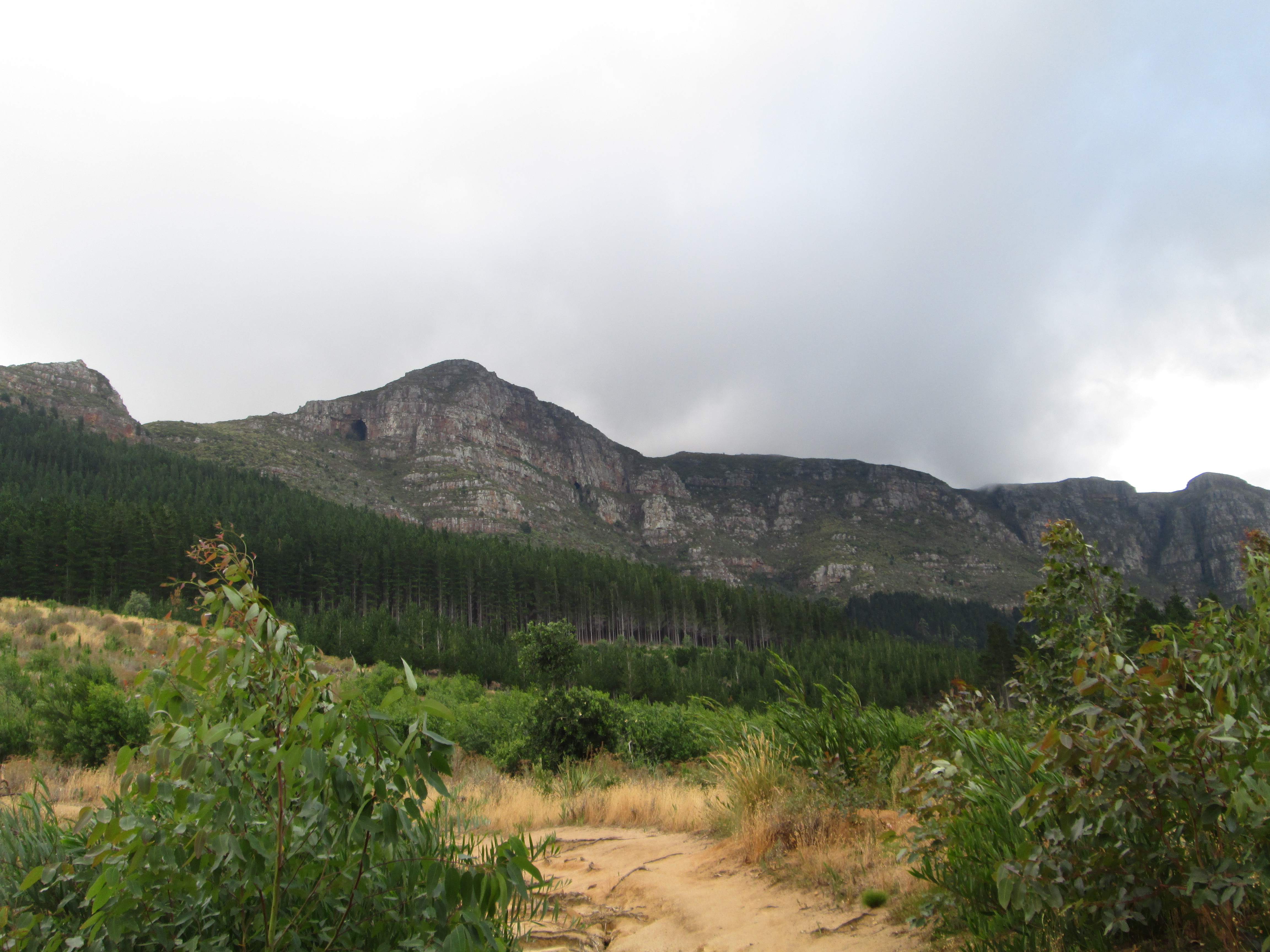 Very few things are impossible, including climbing a mountain with a 3.5 year old, whilst we have proven that this is possible it is also foolhardy.  There are two routes to Elephant’s Eye Cave on Constantia mountain.  Apparently one takes 2 hours, parking at a higher point.  The other is described in the book ‘Hiking Trails of South Africa’  as “6km and should take 3 – 4 hours”.  Of course this book is aimed at real hikers not silly Billy parents of small children.  We chose this trail to include the Arboretum (try as I may I cannot pronounce that word right).

6km sounds like a doddle, a veritable walk in the park, we set off with a spring in our steps.  Six year old Fjord was amazing, on return he was still in fine fettle.  Acacia (aged 3.5 weighing 13Kg) was a little star, but climbing such a steep mountain on a hike which ended up taking 6 hours to complete was a big ask.  She walked about a 5th of the way but Cliff and I carried her for the balance, Cliff said that he could qualify as a marine after that.  If we were to do it over we would leave Acacia with sitters or do the shorter route.  None the less the views (which the camera can’t do justice to) were breathtaking.

Fjord’s Godmother Joanne joined us for this adventure she has been offered 3 choices for the day ‘hike, beach or Kirstenbosch Botanical Garden’, she chose ‘hike’, apparently this steep mountain was not quite what she had in mind, duly informing me that next time she will compile the list of options which will include high tea at the Mount Nelson Hotel.

The map obtained at the start of the hike is misleading.  Five levels are marked where a gravel road intersects the trail.  On the map Elephant’s Eye Cave seems a hop, skip and jump from level 5.  This is not the case, level 5 to Elephant’s Eye Cave took over an hour.  We would have had a dire shortage of water were it not for the trickle of an almost waterfall between level 5 and the cave.  We were deeply grateful to refill our water bottles here. 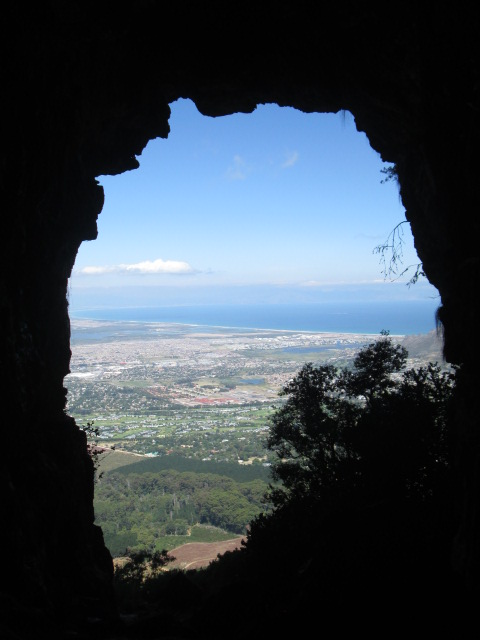 Not much can compare with the views along the route and the cave where we relished our picnic.  I was particularly relieved to carry a lighter backpack down the mountain.  Whilst the hike was a physical stretch it felt wonderful to climb out of, and conquer my comfort zone.  Senses danced, spirit soared and vision delighted in expanding beyond limited horizons.