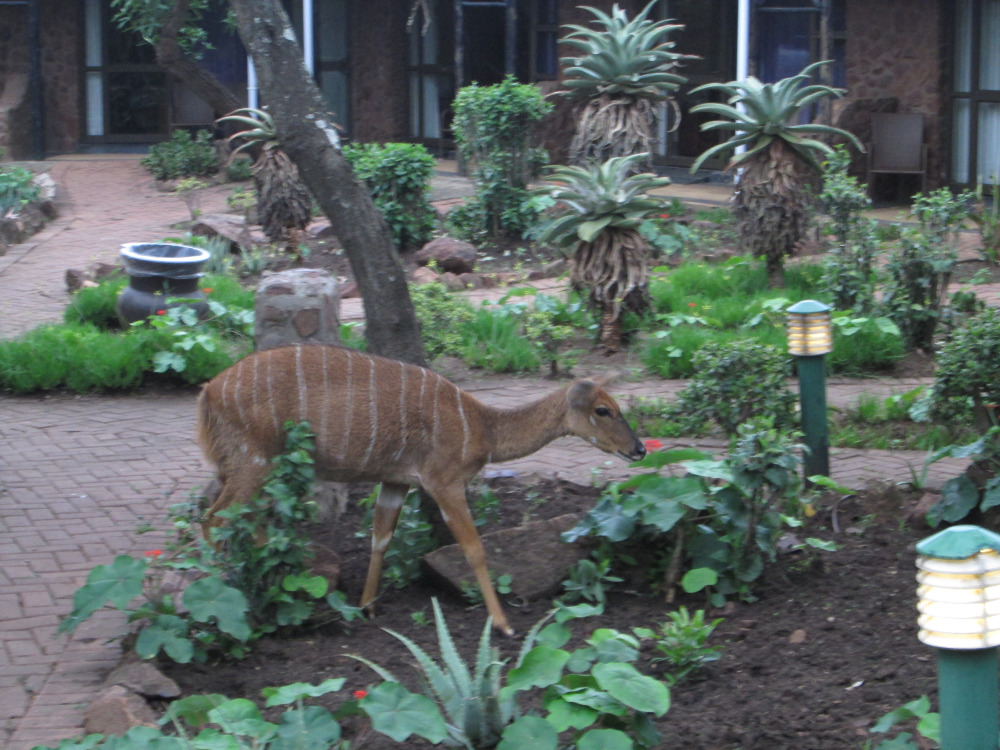 This December we used a Daddy’s Deal to visit Zulu Nyala Lodge.  First impressions do set the tone in most instances.  Before reaching our room we saw Nyala on the pathways in the natural gardens.  The lady at reception was warm and welcoming as we subsequently found all the staff to be. 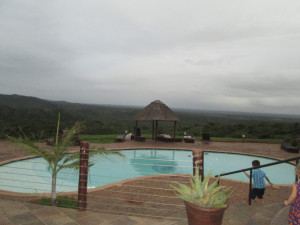 There is not a lot to do around the camp, something which appeals for a bush break.  This forced us to slow down and relax, you can forget how to do that.  After supper on the 1st night the staff sang, their voices embracing the African night.  The following evening, Zulu dancers celebrated the perfect power and rhythm of bodies merged with music. 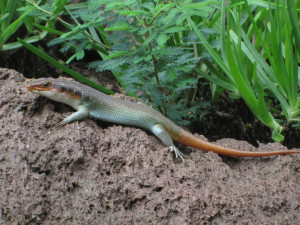 Although a play area for the children was lacking, Fjord and Acacia were never bored.  Fjord befriended one of the many lizards and Acacia rescued a frog from the pond.  I feel that it is vital for Children to play and learn away from television and computers.

At meal times we heard most visitors conversing in foreign languages and varied accents.  It brings home how blessed we are to experience the bush as a regular part of our lives.

Cliff went on a game drive, he saw various buck (antelope), warthog (which we also saw around the camp), zebra and giraffe.  Our Daddy’s deal included R100 off vouchers for game drives which reduced the price from R350 to R250.  I did think it a little mean that guests had to take their own drinks on the drive.  All previous private game drives have supplied drinks, sometimes even snacks.

A strong selling point of Zulu Nyala are the  2 movie sets on the property.  ‘I Dreamed of Africa’ was filmed at Zulu Nyala.  We wanted to have a look at the movie sets on our way out but were told that self drive is not allowed there.  They can only be visited as part of a game drive, on Cliff’s game drive they were not presented as an option.  Rather a pity to leave with a sense of irritation which stood in contrast to our first impression.

PS – If you visit Zulu Nyala take mozzie fighting artillery, none are supplied in the room and you need to take up arms against the critters