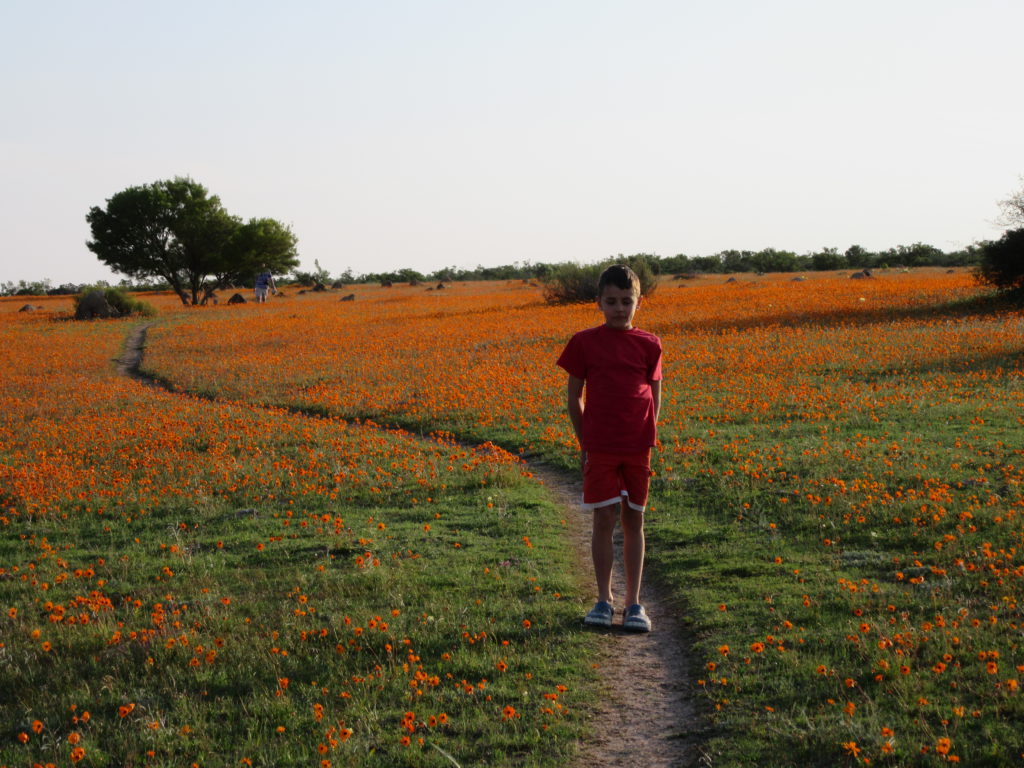 We paid the price for morning dawdling in Lamberts Bay, arriving at Namaqua National Park at 4pm on 4 Sept.   It seemed almost too late to enter but were advised that cloudy weather forecast for the following day would render flower viewing redundant.  Gazanias had already tucked in their petals as dusk approached.  Still cheerful daisies blanketed the landscape in a sunset of orange. 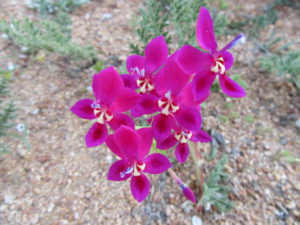 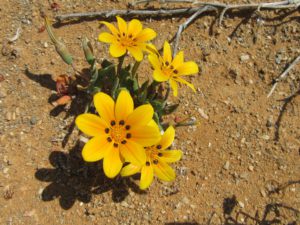 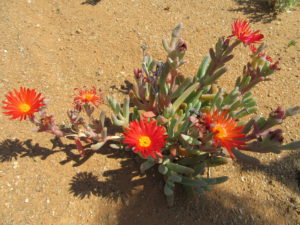 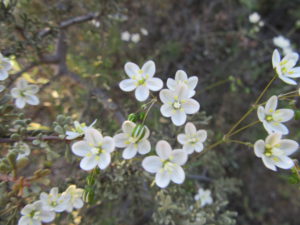 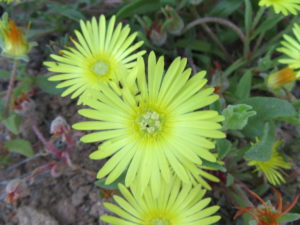 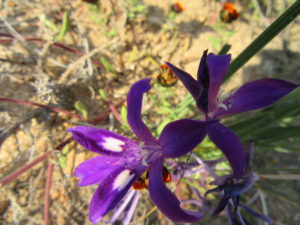 Walking the trail nuggets of colour revealed treasure at every step. 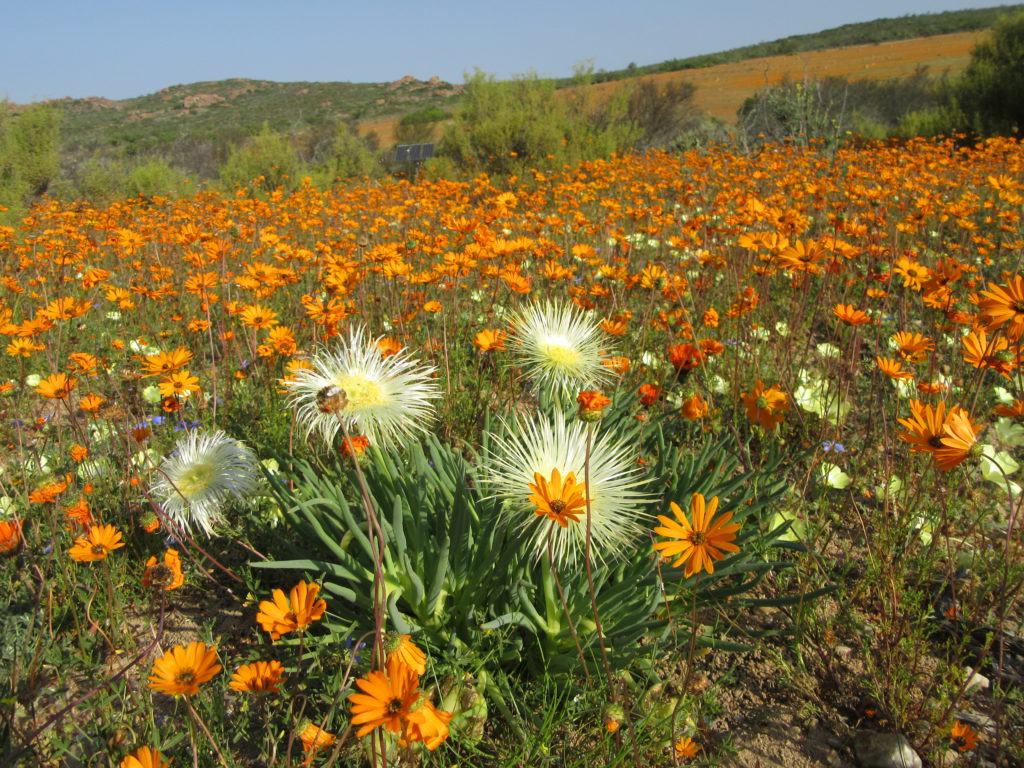 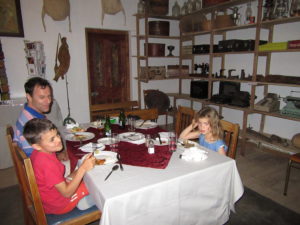 Arriving hungry in Kamieskroon, finding supper became an urgent and frustrating challenge.  Nothing resembling a grocery store was open at 6 pm.  At Kliphuis Kombuis the flustered owner seemed reluctant to fit us in and cater for children.  Fortunately next to the Kamieskroon hotel we found Die Eetplek, where we were squeezed in.  Our meal was wholesome, home cooked fare but rather expensive.  I guess that in these parts, income generated during flower season needs to sustain the owners during months when visitors are few and far between.  In these small towns it is ideal to book in advance, the phone no. for Die Eetplek is 073 888 0606. 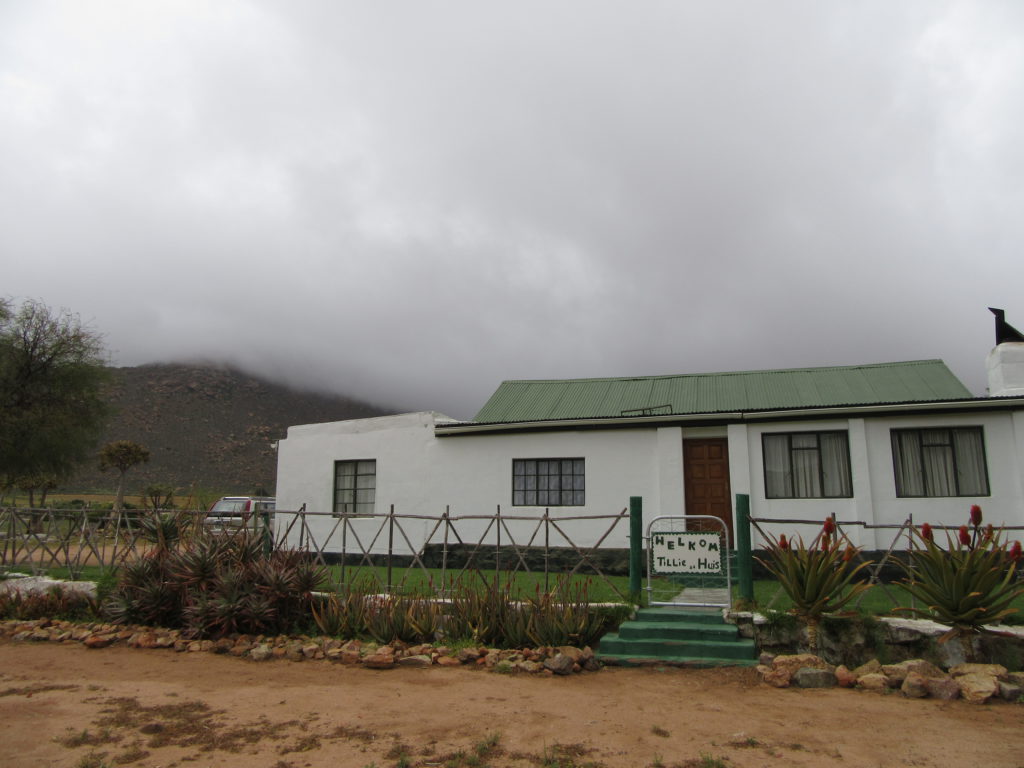 The evening at Tillie se Huis on Verbe Guest Farm was cozy and very comfortable.  This would be an awesome place to have a family gathering as the house was spacious with at least 3 bedrooms.   Being eco friendly using gas and solar panels, note that if you go there, there are not plug points to charge phones, camera batteries, electric toothbrushes or any of the stupid things we seem to rely so much on. 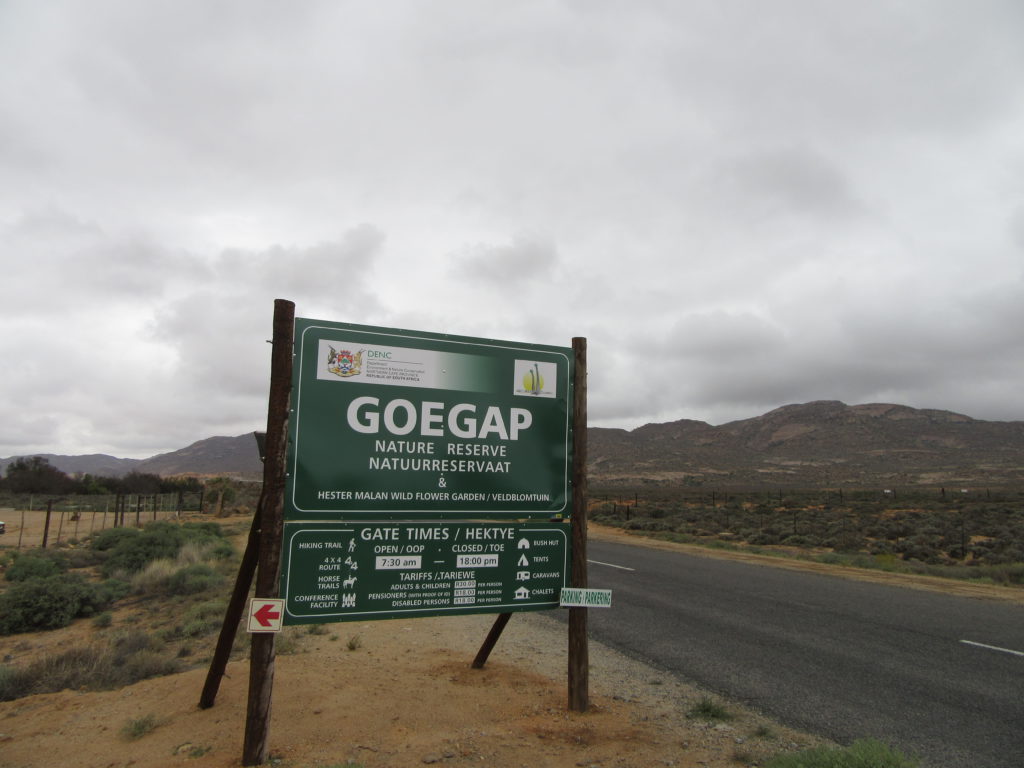 As predicted 5th September was grey and a little miserable.  We drove to Goegap Nature Reserve but we told at the gate that it would not be worth going in as the flowers were closed, apparently 2016 was not the greatest season there anyway.  We drove on to No Heep, Nababeep and Springbok but again due to the weather that was a waste of time. 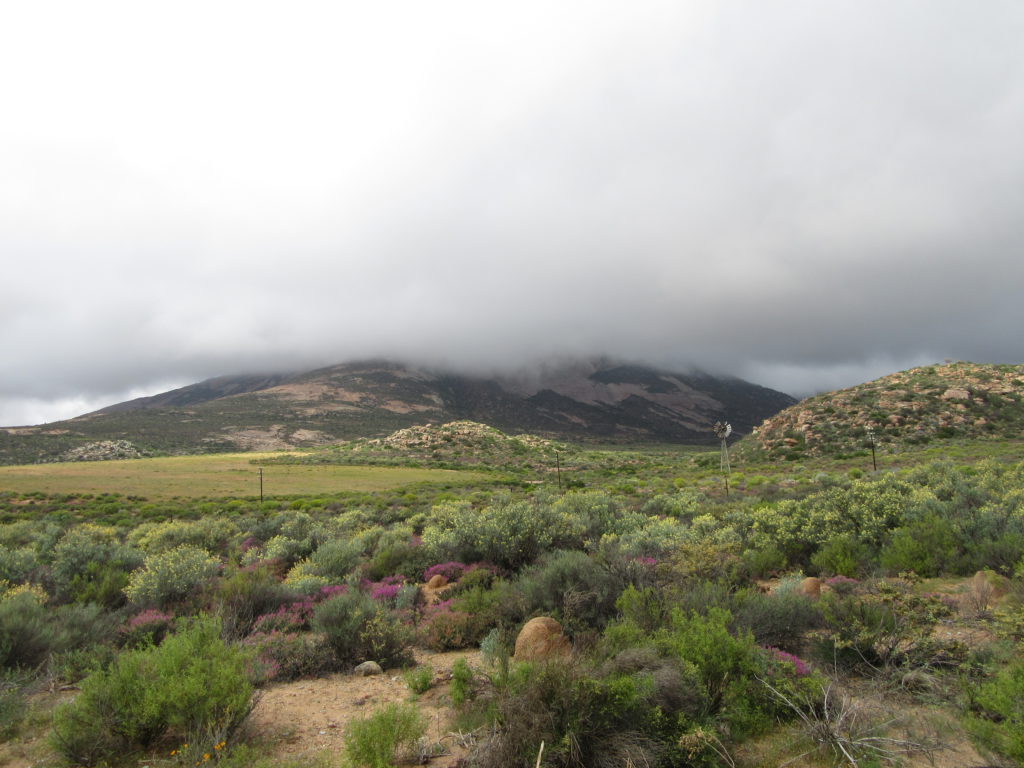 Flower viewing may have been below par but as we learned over and over on this trip, the journey is everything.  Rocky outcrops, hills and mountains surrounded us with natural beauty in this very special corner of our country.