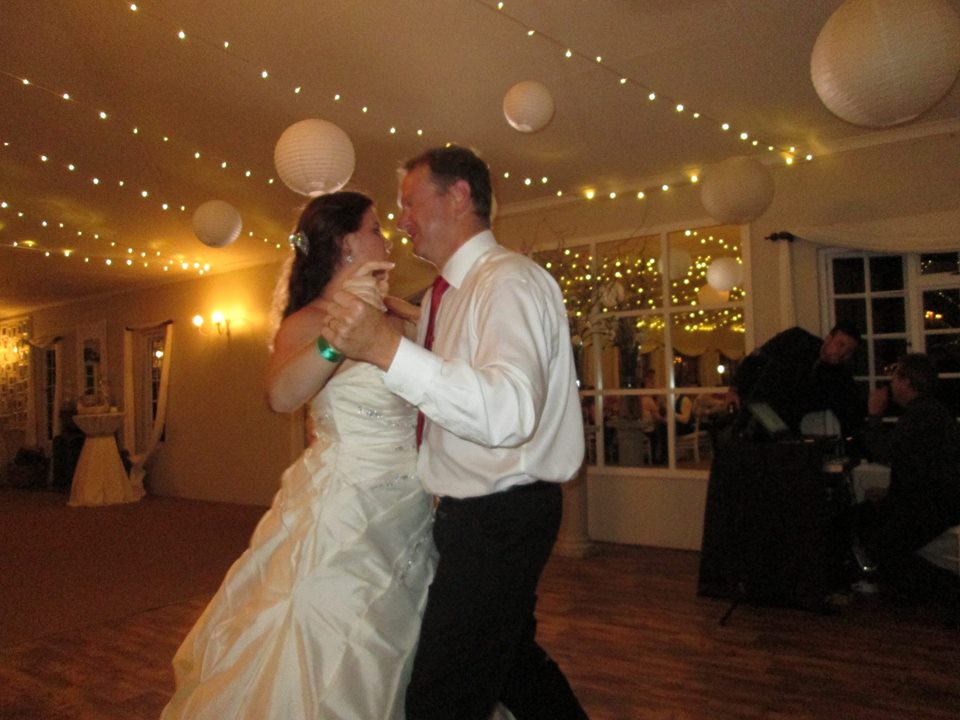 Father and daughter, dancing to a new beat

Ingredients for a happy wedding include, love, family, fun, joy, celebration, decoration, dress, weather, etc.  At my daughter Dominique’s wedding to Duncan, an unexpected ingredient elevated the day to perfection.  That element was healing.  Healing built bridges over family rifts.  Without grand gestures, in spontaneous smiles, in genuine joy to rediscover, the voluntary will to rise above petty pasts was effortless as an air current.

As the yarn of forgiveness seamlessly knitted, perished family fabric to a new pattern.  One relationship transcended all others.  One person ensured that the day would be burnished into gleaming foreverness, for my daughter.*  That person was the most unlikely bearer of joy.  This person was the one aspect of the wedding which I was not looking forward to.  That person previously personified pain and disappointment.  I never liked to call Ian Dominique’s father, he was just Ian.  Ian who ditched me on announcement of my pregnancy.  Ian who let my daughter down so many times, in so many ways.  Those last few sentences are the very last time that I will dwell on his failings.  This time Ian made good, this time he changed the story line of his daughter’s life, and his role in it. 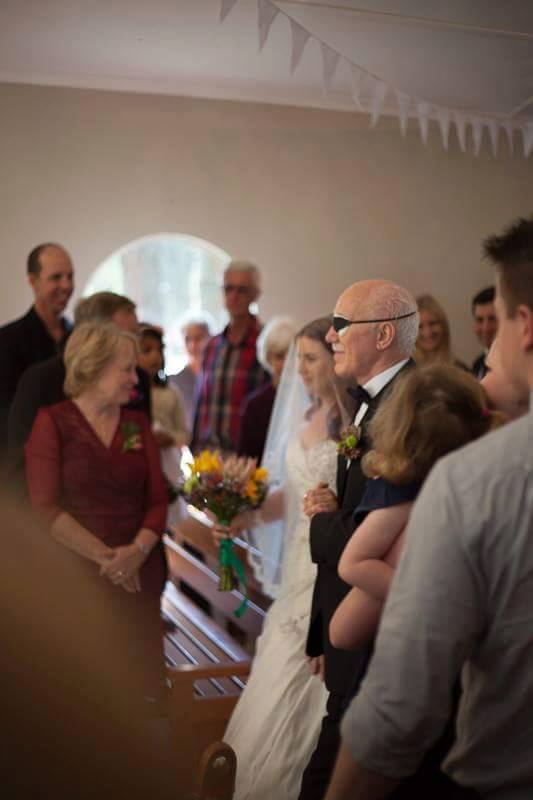 Domi’s Pa (my father) walked her to the alter

Ian travelled from England to be at Domi’s wedding (when he left South Africa he didn’t even say goodbye to her).  He knew that her Grandfather would walk her down the aisle.  He knew that her immediate family actively disliked him.  Still he made the effort, placing himself in what must have been a very uncomfortable space.  In the past I said a lot about his lack of backbone.  In being there for his daughter, this time, he demonstrated true courage, he demonstrated a display of qualities which I would never have credited him with.

The wedding was Domi and Duncan’s beginning as husband and wife.  It was also a new beginning  for father and daughter.  This day will be remembered as the day when the broken was restored.  The day which became a mended vessel to contain new dreams.   The day when I witnessed metamorphosed transformation, leaving me smiling as new relationships flexed iridescent wings.