My Son Heath, travelling light to a new destination 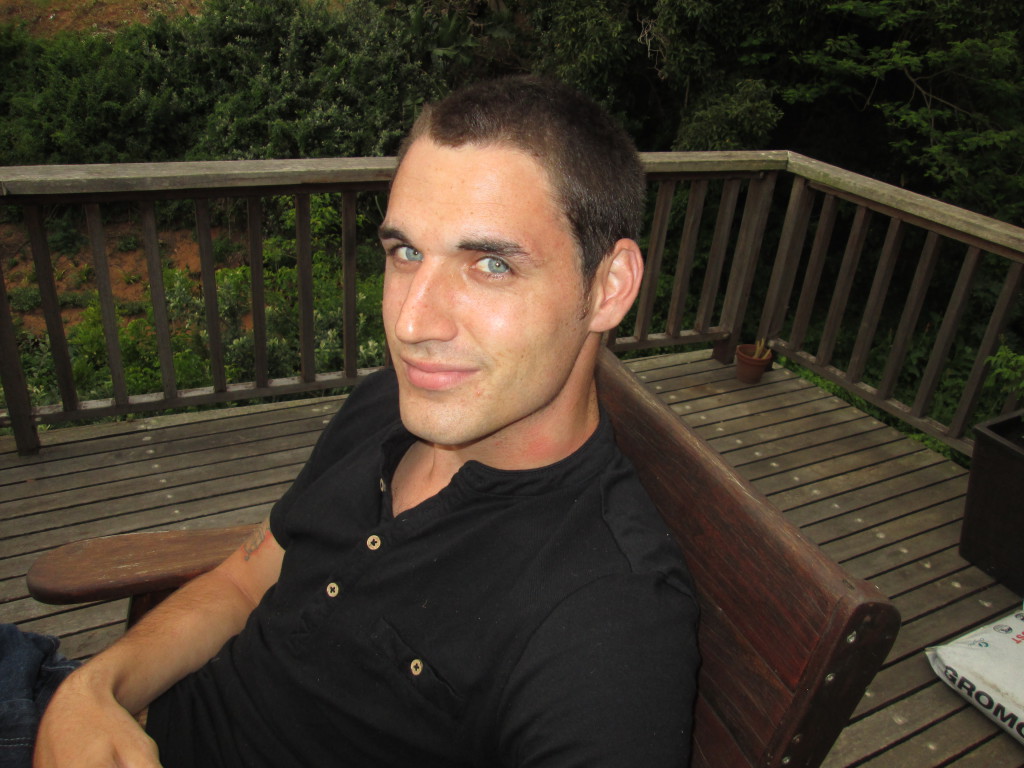 Right now my 24 year old son Heath is on a plane, as he moves from Jo’burg to Cape Town.  His worldly possessions fit in a backpack, he’s travelling light toward new horizons.  Change needs a catalyst.  The chemistry to create something new, is not found in the ingredients of a comfort zone.  Change happens when we step off the pattern of our daily paths.  Those tracks worn to trenches, from circling the same mountains, over and over and over.   The day has come for him to climb mountains and place his flag at the summit of his dreams.   Heath’s first step on this new journey was selling his car.  Within days of posting a Gumtree ad, his car was sold.  He was free to go.

Despite that freedom,  he chose to spend a precious month with us.  His room here was temporary.  A home between homes.  A bench at a station, from where he would be carried to a new life.  Such a privilege to share a nugget of time with him on that bench, awaiting his new adventure.   To appreciate his company, to simply feel his presence in our home.

His room here still holds the scent of popcorn and cigarettes, but he has moved on.  The air is charged with energy.  The power of a white page where his hand will pen a new story and a new song.  New places await to reveal their beauty.  New people await to share his life.

My darling boy, enjoy the freedom, the journey and the destinations.  Take on the challenges, life is boring without them.  I look forward to seeing you again, to share a slice of your new life.  I love you.

When I was a teenager I discovered these words in the book The Prophet, I have never forgotten them and know that these lines will speak to you too.

At the city gate and by your fireside I have seen you prostrate yourself and worship your own freedom,
Even as slaves humble themselves before a tyrant and praise him though he slays them.
Ay, in the grove of the temple and in the shadow of the citadel I have seen the freest among you wear their freedom as a yoke and a handcuff.
And my heart bled within me; for you can only be free when even the desire of seeking freedom becomes a harness to you, and when you cease to speak of freedom as a goal and a fulfilment.

You shall be free indeed when your days are not without a care nor your nights without a want and a grief,
But rather when these things girdle your life and yet you rise above them naked and unbound.

And how shall you rise beyond your days and nights unless you break the chains which you at the dawn of your understanding have fastened around your noon hour?
In truth that which you call freedom is the strongest of these chains, though its links glitter in the sun and dazzle your eyes.

And what is it but fragments of your own self you would discard that you may become free?
If it is an unjust law you would abolish, that law was written with your own hand upon your own forehead.
You cannot erase it by burning your law books nor by washing the foreheads of your judges, though you pour the sea upon them.
And if it is a despot you would dethrone, see first that his throne erected within you is destroyed.
For how can a tyrant rule the free and the proud, but for a tyranny in their own freedom and a shame in their own pride?
And if it is a care you would cast off, that care has been chosen by you rather than imposed upon you.
And if it is a fear you would dispel, the seat of that fear is in your heart and not in the hand of the feared.

Like Loading...
Gumtree parenting South Africa 2015-03-13
sula 1968
Previous: Make your own kids or adults elastic headband
Next: Nostalgia and Good food meet at The Fireplace Roadhouse in Boksburg