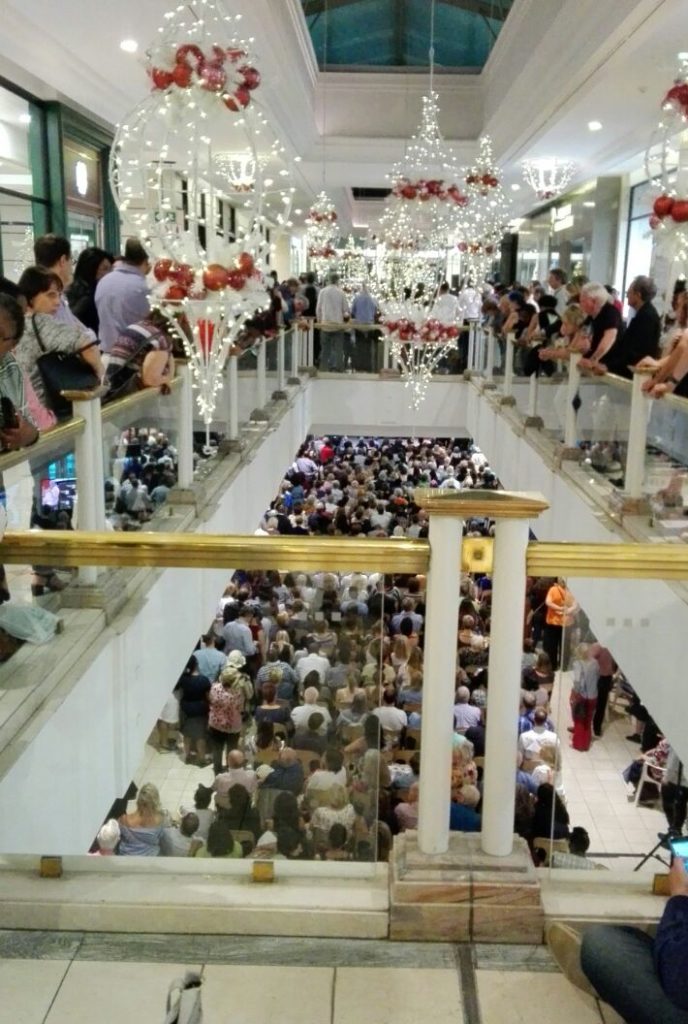 Entering the parking area at Hyde Park Corner I knew that the book launch of Jacques Pauw’s book The President’s Keepers would be unlike any other.  I circled the parking lot for about 20 minutes trying to find a parking space.  At 6.30 pm this was highly unusual.  By the time that Domi and I reached the Exclusive Books area Jacques was already speaking on the level below us which was chock-a-block full.  Crowds hung over railings to glimpse him, others focused on a big screen.  We joined those seated on the floor lining the edge of a corridor.  Suddenly the enthralled audience was thrown into darkness.  A ripple of fear passed through the 1000+ crowd.  Some left, others waited.  We moved downstairs where some chairs had become available.  Generators sprang to life, lighting the mall EXCEPT for the small area where the book launch was taking place.

Power was briefly restored but no sooner had Jacques Pauw begun speaking again when we were plunged back into darkness.  I think that Eskom or SSA (secret service) flipped the switch on a small area in Hyde Park.  During the day someone must have (this just can’t be a coincidence) tampered with whatever turns on generators during a power cut.

No marketing campaign could have sparked the interest which SSA have created around this book.  Books about SA politics are a dime a dozen.  Newly released are The Republic of Gupta by Pieter-Louis Myburgh, Rogue byAdrian Lackay, Johann van Loggerenberg,  Apartheid Guns and Money,  and so the list goes on, you just have to walk into a book store to be spoiled for choice.  A radio interview with Jacques Pauw sparked curiosity but would not have sent me running to buy the book.  The prohibitive cost of books leads me to source my reading material at the library.  The cease and desist order from SSA to NB Publishers changed by mind.  I was then determined to own a copy.  On Saturday Domi and Duncan searched book stores in Cresta but it was sold out.  As was Takealot where very strangely the e-book is R285 and the soft cover (when in stock) R225.  On Amazon the e-book has been the 8th fastest selling GLOBALLY ever, wow!  I didn’t get a copy last night at the launch, a long queue was a chain of light in the dark and Jacques Pauw signed books by the light of cell phones.  I’ll get a copy on Takealot when it’s available, I often want to order a daily deal but fall short of the free delivery amount. 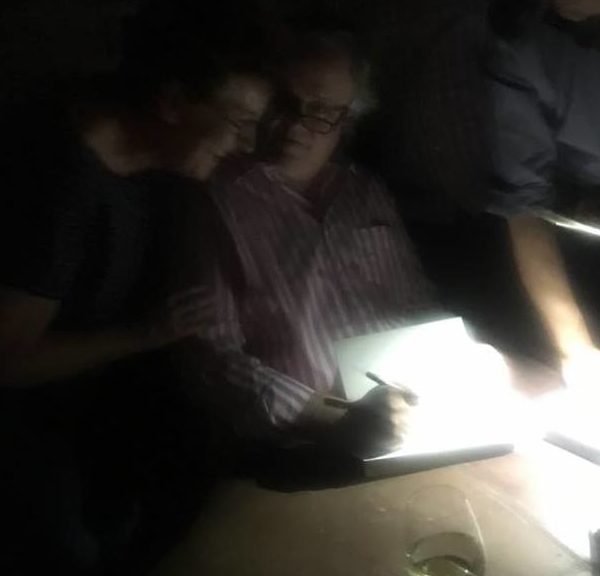 My friend Cynthia bought a copy which was signed by Jacques

We have become desensitised as an avalanche of proof of corruption envelops us daily including leaked e-mails which government brazenly ignores.  What I want to know is what makes this book different?  What has ruffled feathers the way that it has?  I can’t wait to read it and find out.

PS Today (9 November 2017) I asked NB Publishers on twitter how many copies of the book have sold.  This was their response “Over 20 000 print books of #ThePresidentsKeepers have sold through the bookshops and shops will be replenished with the reprints soon! More than 50 000 have been ordered from our warehouse. Almost 10,000 copies of the ebook have been sold. #SAisreading”