I’ve decided that since I’m so against spoilers my book reviews cannot be particularly meaty so I’m going to do a monthly post covering what I’ve read during the month.

It’s only in recent years that I’ve developed an appreciation for Chick Lit, I  was a bit judgemental in the past.  Erika James is one of the authors in this genre who I can count on dishing up a good light read.   Predictable as your average Romantic Comedy I enjoyed the story, the characters and the humour. 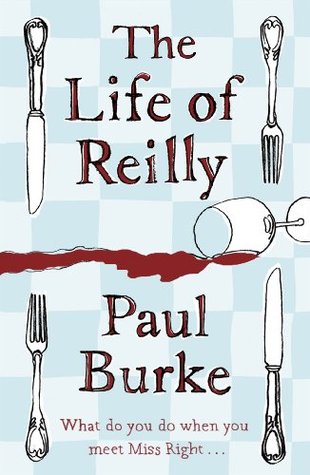 There almost always seems to be a link between books which I read.  The Life of Reilly character Sean is a voice over artist as is the central character in The Queen of New Beginnings.   I loved Untorn Tickets by Paul Burke and was looking forward to this offering from him.  By page 2, I was laughing out loud.  I enjoyed the story but the characters felt a little thin.  Due to a major printing error about 30 pages were missing and 4 chapters were repeated so I obviously missed out on quite a chunk which bothered me from that point on.  Much as I enjoy Paul Burke’s writing style I’m not sure if I will read more by him, I felt uncomfortable with what I perceive as blasphemy, this may not bother other readers but it just doesn’t sit right with me.

Like Loading...
2017-11-13
sula 1968
Previous: Dark times in South Africa, the book launch of The President’s Keepers by Jacques Pauw
Next: Spurt Swimming Gear is awesome