How to make Pillow Slips with a contrast band 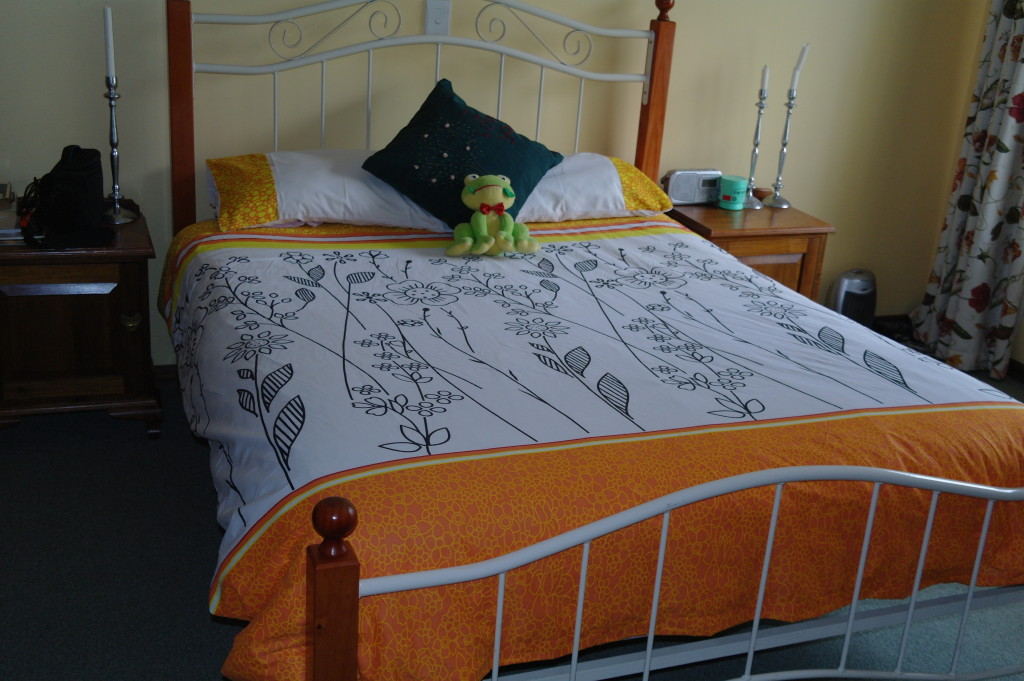 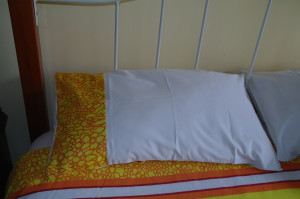 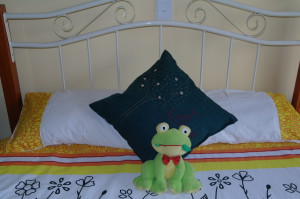 This week presented a problem, old age got the better of our duvet cover and it suddenly perished to such an extent that the next trip through the washing machine would have killed it.  The problem was that we have been on holiday this month and eaten out a whole lot, the budget is about as shot as the old duvet cover.   I needed a new duvet cover and it could not wait for payday.  I found a barely used flat sheet in the cubpoard to use as the underside of the duvet and another which could be cut up for pillow slips.  I then set off to the fabric shop.  I only needed enough fabric for the top side of the duvet cover and side bands for the pillow slips to match them.   The total cost including buttons for the duvet cover was R80!

I have made a duvet cover once before for Acacia, my very simple steps for that are here.  I have never made pillow slips before.  I am not a seamstress, I stick to what is really easy.  The duvet and pillow slips are very very easy, the biggest pain is cutting out.   Making them myself I not only have a new duvet cover and pillow slips but I have a really good feeling everytime I look at them and feel oh so cleaver.

Here are the simple steps to make pillow slips with a band of contrasting fabric on the edge.  Please note, no seam allowances, I stitch very close to the edge. 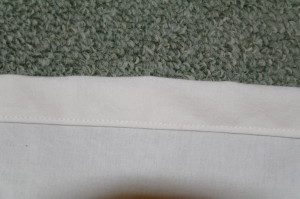 1)  Fold fabric double 2.5cm for hem and stitch on each end of the plain fabric. 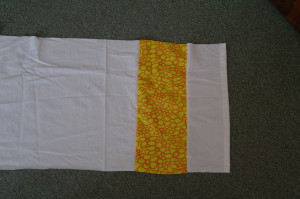 3) Stitch the band of contrasting fabric in place, sewing with right sides together 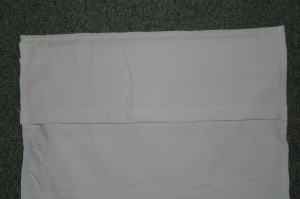 4)  With right sides together fold over placing one end under the flap so that the flap is on the outside.  Pin sides and stitch.

And that is that, job done!