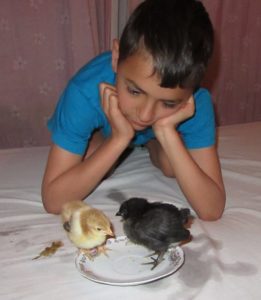 Most loved chicks ever

Tragedy struck our home recently and rather eerily our chickens lived up to their names. Lucky and Angel joined our family in 2016 as fluffy chicks. They had a beautiful bond and were inseparable. 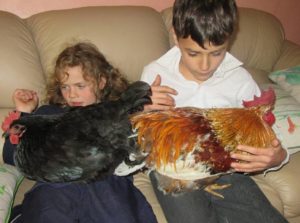 A dog got into our yard and chicken cage. Angel was killed and the children pray that she is clucking in the choir invisible. Lucky lost his magnificent tail but escaped with his life.

I’ve never known a man to adore his wife like Lucky loved Angel. He would never eat a treat like a Christmas beetle given to him, instead he had a special crooning call to summon her for the delicacy.

I thought that my dad was rather macabre when he said that getting chicks would teach my children valuable lessons about life and death. Fighting leukemia has probably made him more aware of mortality.

Since Angel died the children have cried a lot. Fresh tears flowed when Lucky found a worm and called for Angel.

Choosing to get another hen was a tough decision. I don’t want to teach Fjord and Acacia a casual response to life and death. Replacing a beloved pet could promote an ‘easy come, easy go’ attitude. As hard as it is to witness their grief, as my Dad pointed out, it is an important process to experience. To quote Kahil Gibran “The deeper that sorrow carves into your being, the more joy you can contain.” 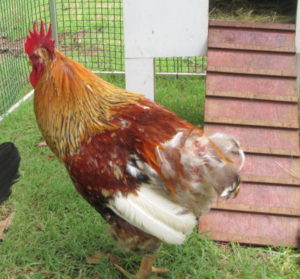 Lucky without his tail feathers

Lucky however was doing the chicken equivalent to crying. He made sad, moaning noises and gave off the most dejected air. I simply had to find him a new partner. After much searching for a hen, I found a lovely local man who breeds Old English Game Fowl, he was prepared to part with a hen. Acacia has named her Jenny. 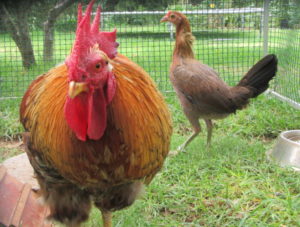 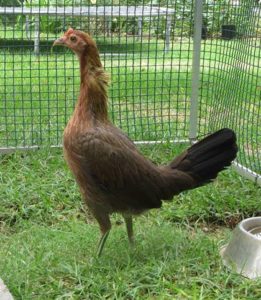 Jenny looks and behaves like a wild bird, rather like game fowl which we saw at Addo Elephant park. Regular handling should tame her. 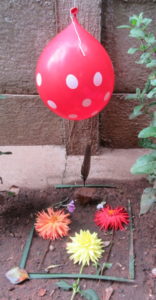 The memorial which the children made for Angel

Angel will remain forever ingrained in Fjord and Acacia’s memories.