Tragedy and what can only be described as a miracle 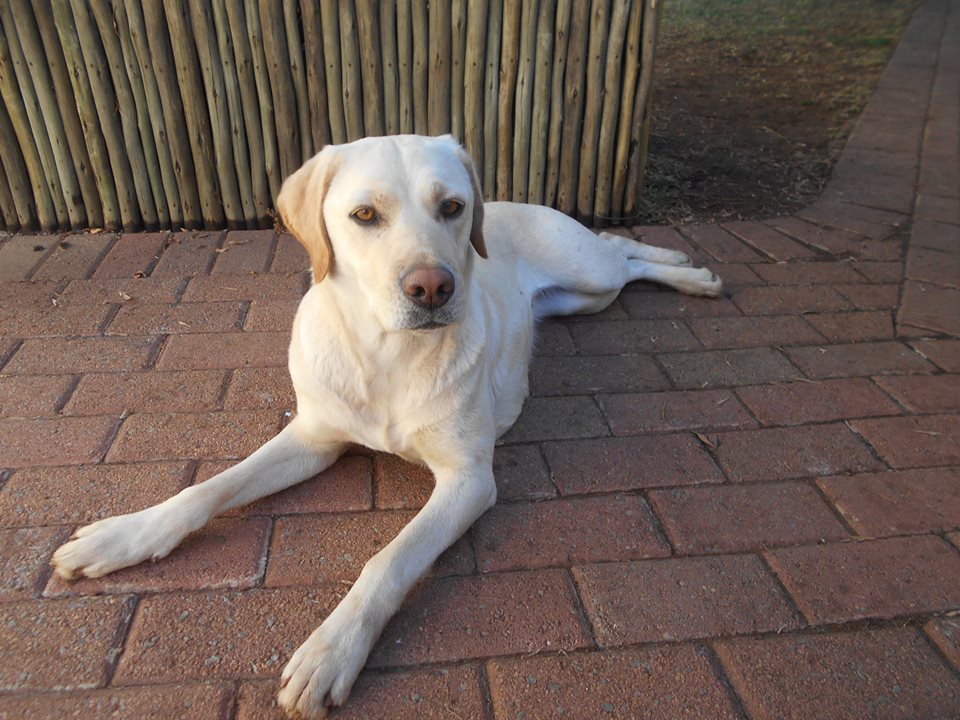 Meet Goldie, a gift from God

Before telling this sad, strange and special story, I must start with a disclaimer. As a rule, I keep my faith out of my writings here, for a few reasons. There are many beautiful Christian souls but en masse, Christians can be very irritating. I am a highly deficient representative for the faith, many aspects of my life do not bear close scrutiny. I am a sporadic church goer and, oh you get the picture, I’m generally not the good person that I would like to be. This said, I believe that credit must be given where credit is due. To not acknowledge what I believe to be the hand of God in these events would be tantamount to blasphemy. It would also just be jolly bad manners.

Let me start 10 years ago. When Cliff and I married and moved into our new home, a top priority was to get two dogs from the SPCA. Bubbles (no longer with us) and Liquorice. Liquorice was in such a state of ill repair that we did not know that she was pure Scottie. She was an eccentric old lady, sweet, very well behaved and wonderful with the children, when they came along. She had a very funny way of spinning in circles when meals were presented to her. Her age was indeterminate but she was mature when we adopted her. 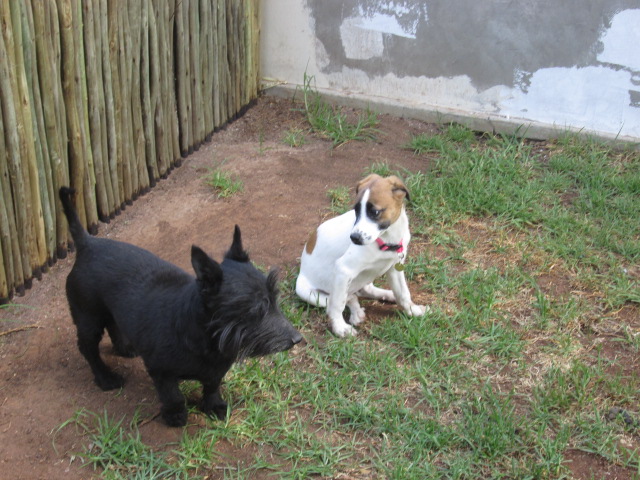 Last year to keep Liquorice company, and because our son Fjord really wanted a puppy. We adopted 3 month old Floppy a Jack Russell x mystery. From the day she arrived, she was all bounce, wag and smiles. 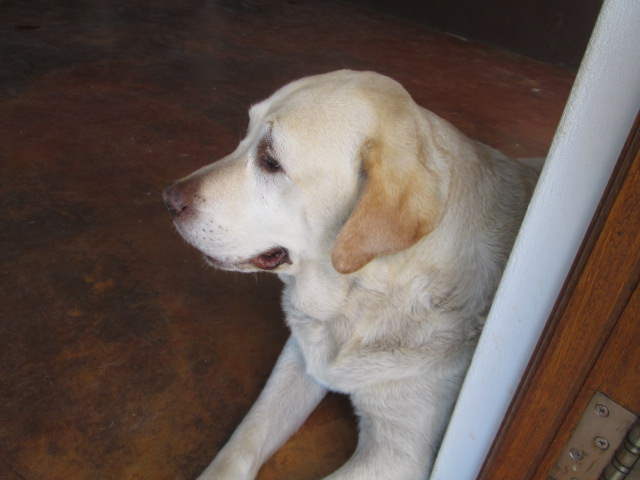 If you don’t share my belief system, you will find this plain spooky. Fjord took this picture of a random Lab at a craft brewery in January ’14. I found it when looking for pics of our dogs. It was the only other dog pic saved with our photos

Some time ago Fjord (age 8) met a Labrador, since then he repeatedly told us that his next dog will be a Labrador and is always delighted when he crosses paths with one.

There are 2 sides to our garden. The dogs stay in the back garden where they cannot escape. The front garden has palisade fencing. Three weeks ago on 25 July 2015, Cliff called us to see a golden Labrador who had wandered into our front garden. She was very timid but ate some food. She would not let us adults touch her but by the end of the day, she was chasing and playing with the children. Evening came and she stayed. At bed time we gave her blankets and a hot water bottle. She was free to go at any time. The following morning she was still outside our front door. Fjord took her to meet Floppy and Liquorice and she moved into the back garden.

Two days later my husband Cliff told me that when she first arrived on Saturday, the thought came to him that maybe she was sent to us by God, because Liquorice was going to die. A strange and rather macabre thought. You also need to know Cliff to understand that he does not talk much about God or religion. Cliff is a man of extreme intelligence and loads of cynicism.

On Monday morning, I found Liquorice dead. The day before she had a slight cough and had not been keen on supper but I had not given it much thought, she was a solid old lady.

I took our dear old girl to the SPCA for cremation, at the same time leaving a description of the Labrador and my contact details, should her owners contact the SPCA. I put notices on a few facebook pages and sent a message and photo of her to the Labrador and Retriever Rescue page on Facebook. I then took the Labrador to our local vet who checked and found that she was not micro chipped. The vet estimates her age to be around 8 months. Again I left my contact details with the vet, should her owners go looking there.

The day was a turmoil of mixed emotion. The children were devastated and grieved their pet. I felt that it was sort of wrong for Liquorice to be replaced. Part of me hoped that her owners would claim her, but half hoped that she would stay. 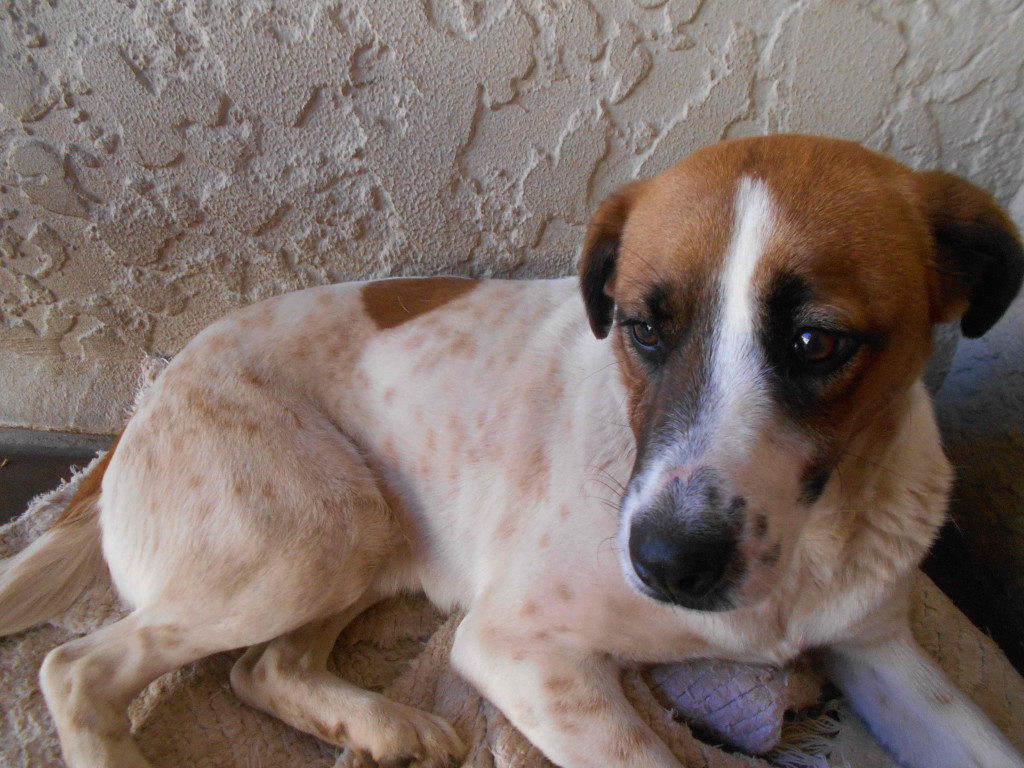 Heartbreaking to feel her sadness

Floppy, who has never been anything other than joyful, lost her wag and her smile. During the days she is OK but at night she exudes sorrow. It would be so much worse for her if she didn’t have a new playmate. Three weeks down the line, the Labrador needed a name. Acacia (age 5) chose the name Goldie. Goldie is indeed solid gold, she is sweet natured, intelligent and already the most loyal dog we have ever owned. She is fiercely protective of us. 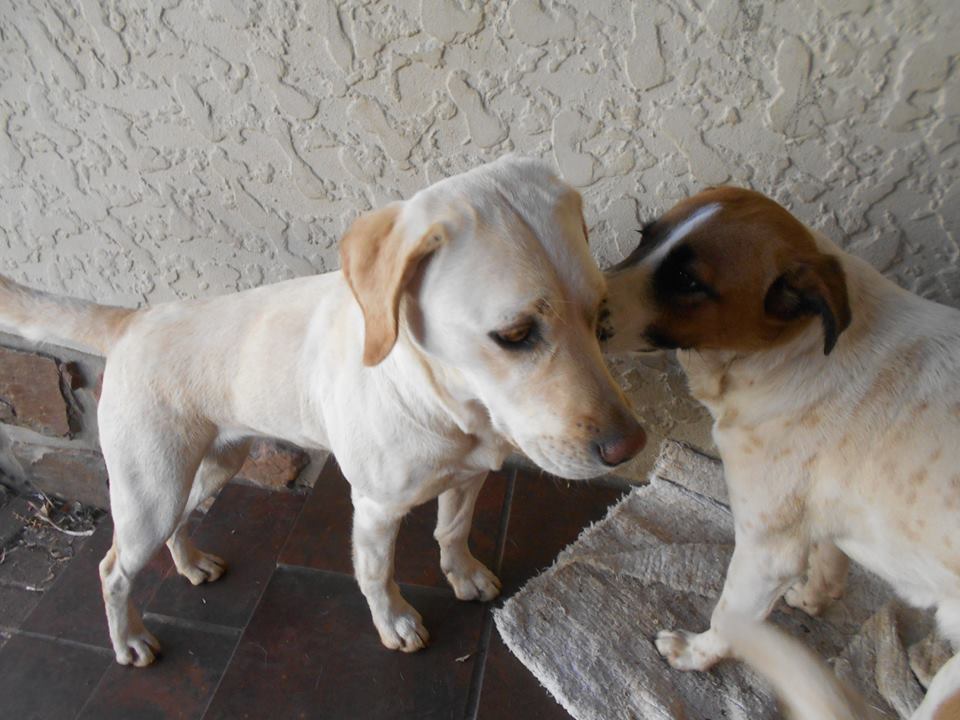 Goldie is a bit naughty, she digs and pulls my washing off the line but she is a puppy and I’m now looking into sending both girls for training. She’s also getting me fit, as I take her for a run a few times a week.

With Goldie not being claimed, my assumption is that her previous owners found her to be an adorable pup (as all pups are) but when she got bigger and more destructive, she lost her appeal. They either threw her out or she ran away. Her initial nervous disposition seems to point to previous abuse.

Liquorice will never be replaced, she was part of our lives, part of our history and part of our family. It does however seem that Goldie was sent to us and we have embraced being chosen by her.

Since she arrived I often catch myself singing the theme tune from Littlest Hobo, the difference is, I’m certain that she won’t be moving on.