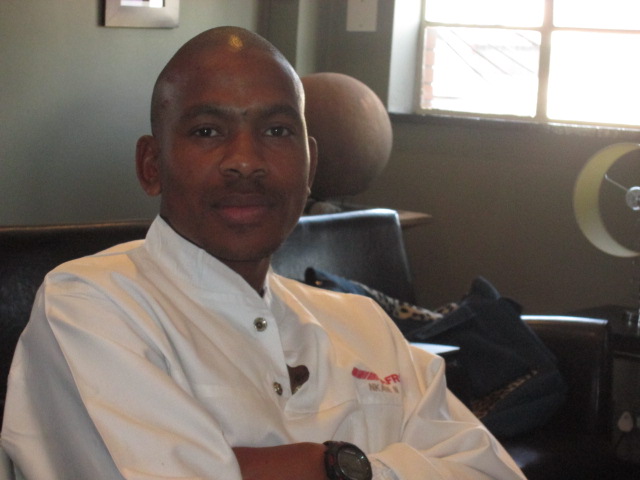 Recently my husband Cliff told me about a young man who works with him.  By day Nkani works at Afrox as a quality inspector, in his spare time he makes and sells shoes and clothing.  He does this toward the goal of doing an 18 month part-time course in fashion design.  The R65 000 cost for this course would have most dreamers shrug their shoulders and discard the idea.  Not Nkani, he is working steadily toward this goal.  I wanted to meet this man, his story filled me with respect.

Yesterday I met Nkani during his lunch hour.  He brought with him samples of his sewing and footwear.  While I looked, admired and photographed, we chatted about his past, present and visions for the future. 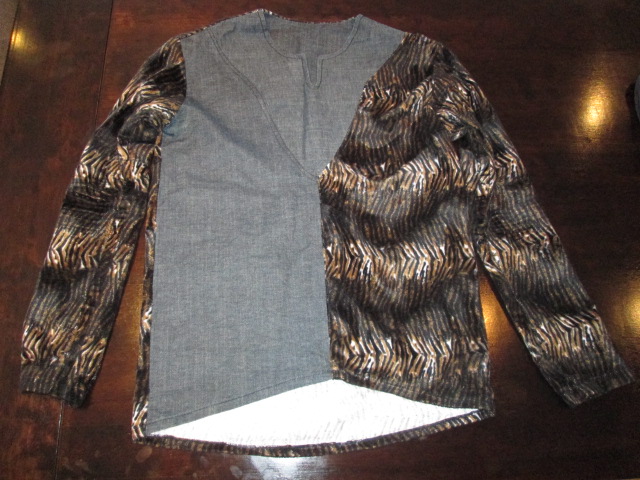 Shirt designed and made by Nkani

Nkani learned to sew as a child, teaching himself on his mother’s sewing machine while she was at work.  He has never been to a sewing lesson and never followed a pattern.  He creates designs and brings them to life.  He told me how he bought an interesting pair of trousers, unpicked them at home and used them as a pattern for his own creation. 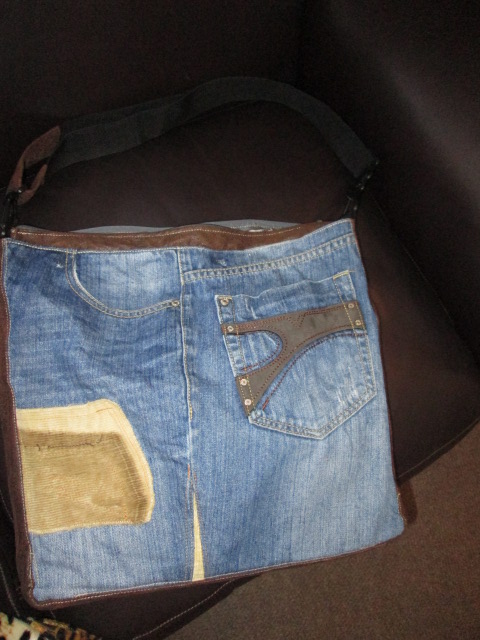 Bag made from old jeans 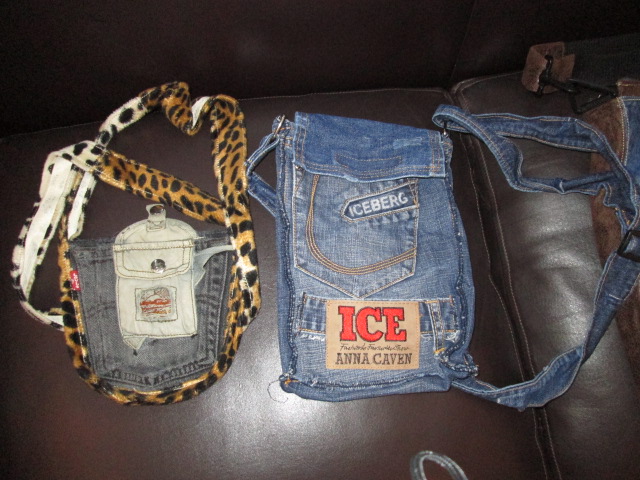 Denims given a new life 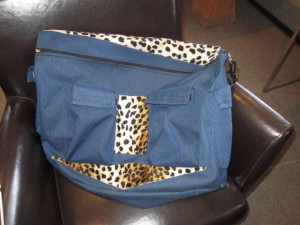 He showed me a few bags.  One made from the canvas of a broken camping chair.  Others made from old pairs of jeans, which have been given a whole new lease on life.  Absolutely brilliant! 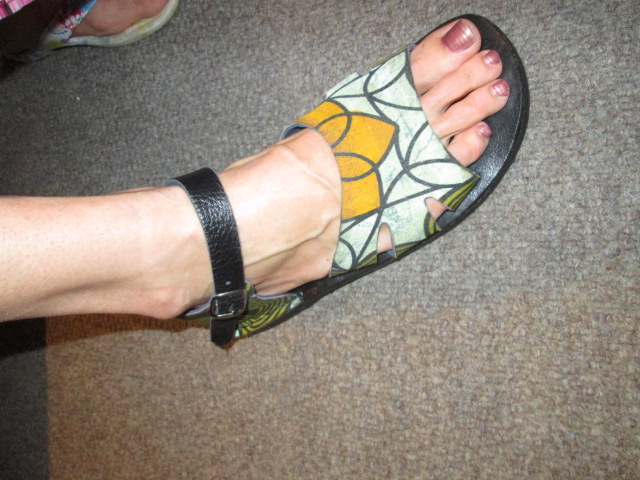 The shoes which I ordered 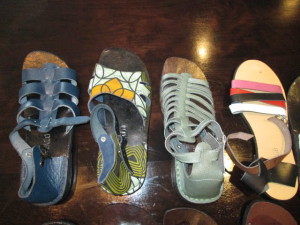 Earlier this year Nkani attended a 3 week, part-time workshop at Lisof school of fashion in Rosebank.  There he learned how to make shoes.  On the course he befriended other men with similar goals.  The equipment to make shoes is very expensive.  He shares his friends equipment and together they pool their skills and resources, making and selling shoes.  Before going to meet Nkani I didn’t intend making any purchases, but when I tried on his sample shoes (which just happened to be my size), I just had to have a pair.  I can’t remember ever wearing a shoe so comfortable.  They look really good on me too!  My pair cost R250, a really good price for a genuine leather, hand stitched item made with pride and dedication.  Nkani repeatedly said “It’s all about passion”. 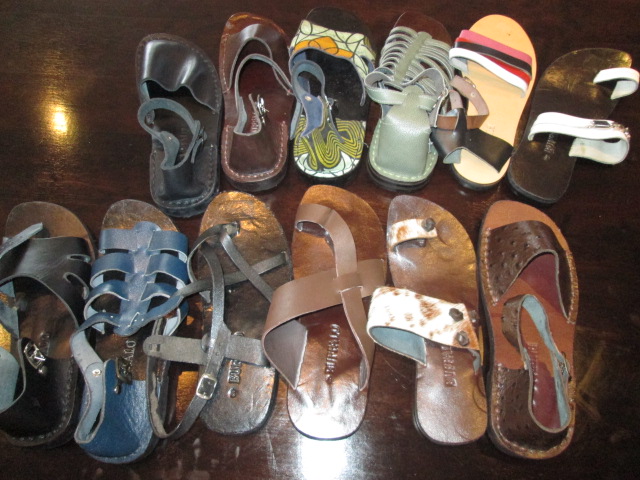 Some of the shoe designs

Nkani sells his shoes door to door.  In the two months since he started making and selling them he has sold about 20 pairs.  He has a sample range.  When an order is placed he takes a 50% deposit and the balance is paid on delivery. 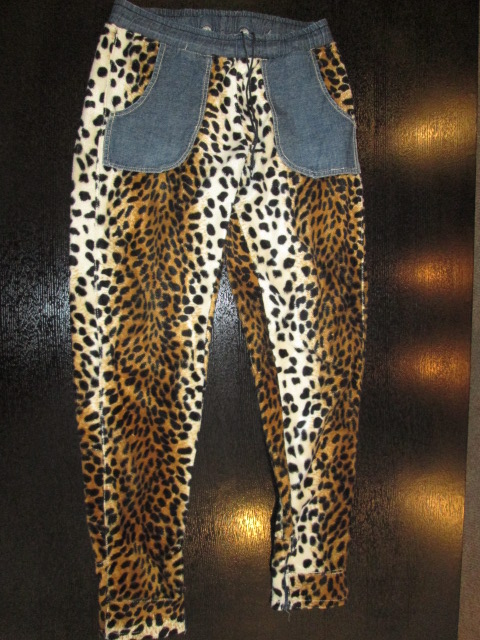 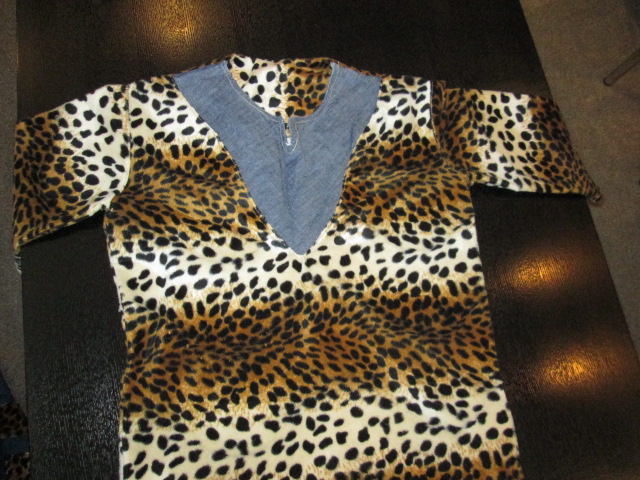 He sells his clothing by wearing his designs and takes orders when asked where he got his clothes.  Unfortunately he has been burned a few times, making orders which people have failed to collect and pay for.

Nkani loves designing most and his passion for this is evident.  Despite his strong creativity, he is practical and pragmatic.  The combination of these qualities should make him a fine businessman.  A sensible dreamer is a rare and special breed.  Nkani has 2 children and they take priority in his life.  He will never throw caution to the wind to chase his rainbow.  Instead he works slowly and conscientiously toward his goal.

Nkani would love to rent his own space, where he could sell his wares.  His goal is to own his own fashion design business.  If anyone deserves success, he does, and I wish him buckets of it.

If you would like to buy a pair of shoes or have him design and sew something for you, e-mail Nkani at nkani.abram.ndaba@gmail.com

Nkani is in the process of cataloging his shoes and photographing them.  We discussed putting them up either here on Skimming Stones or on a separate website.  I will keep you posted.

I would appreciate you sharing this.  I would be so honoured to play any small part in the success of this man.