Photos of the old SA flag were not from yesterday’s protest. When will we learn to stop and think? 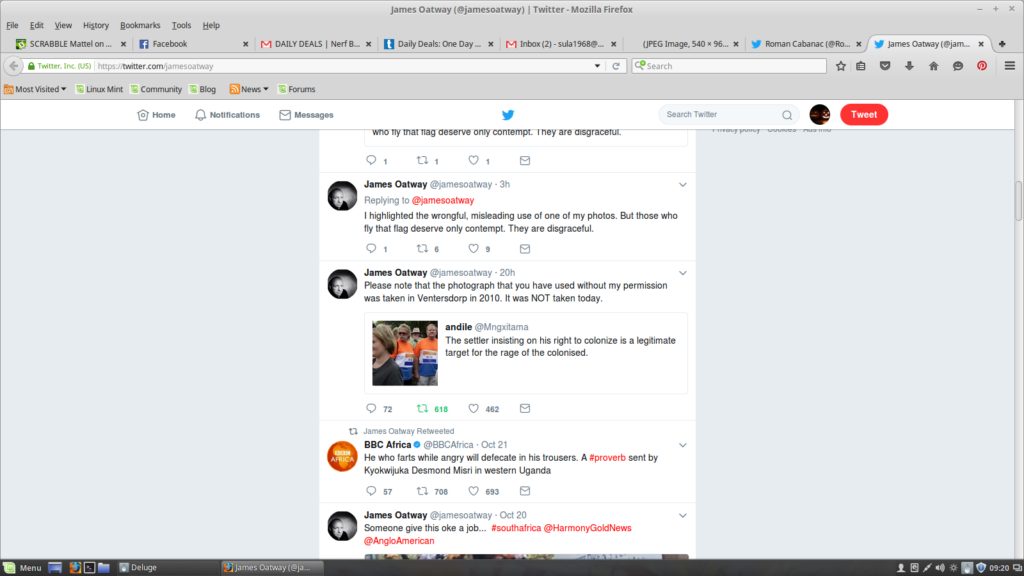 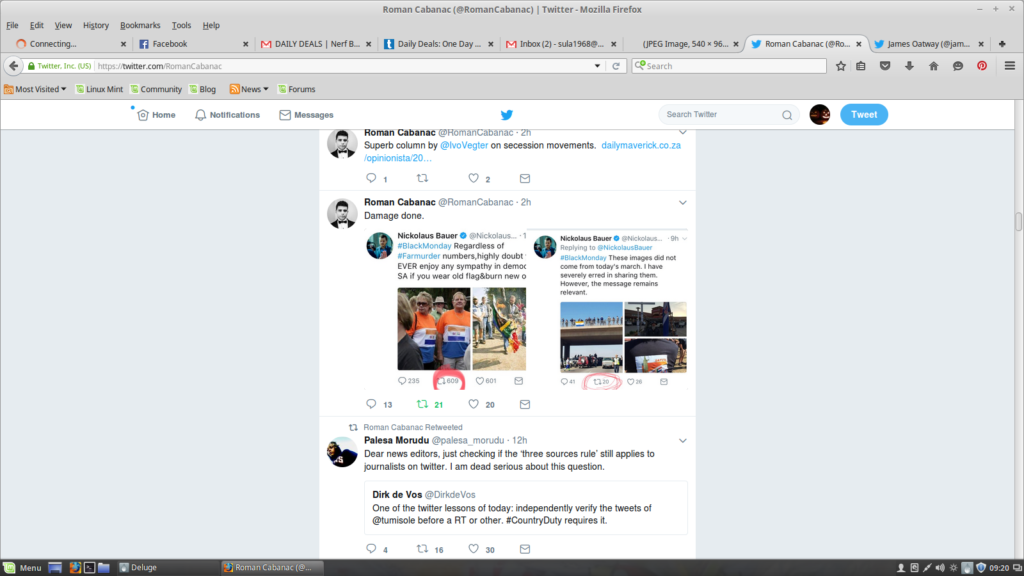 Oh how quickly we dance to the tunes of others.  How easily we play into the hands of those driving divisive agendas.  You’d think that we would learn to stop, think and question when social and conventional media stir up a shit storm of controversy.  Did Bell Pottinger teach us nothing?

Yesterday I wore black, only and specifically because I am horrified by the reality of farm murders and wished to show support for them.  By the end of the day level headed South Africans were distancing themselves from the cause (exactly what some people would want).  I stood in the kitchen ranting to Clifford “What daft idiots would go flying the old SA flag today?  Don’t they have the f&*%ing intellectual capacity to realise that they are being divisive, that they are nullifying enormous support gained in driving awareness about farm murders? Why ruin the unity against these dreadful crimes?!  Why shoot the farming community in the foot?  Why do a few arseholes have to undo what is positive?”  Cliff stood quietly listening to me all abluster.  He said that all the pictures which he saw showed no old flags and just a sea of unity, which got enormous support, and drew international coverage.

This morning I sensed a tone of  “I told you so” when Cliff  sent me a what’s app message showing that the pics of the old SA flag being frantically circulated and stirring outrage were not from yesterday’s march but were taken in Ventersdorp in 2010 and they were shared yesterday with out the permission of the photo journalist James Oatway who took the photos.  Journalist Nickolaus Bauer of eNCA has apologised for sharing the pics but the damage is done, strongly feel that he and others who shared divisive pictures, falsely claiming that they were from yesterday’s protest against farm murders should be held accountable.

When will we learn to cut the puppet strings and be more like my husband?  He stops, thinks and researches before allowing himself to be swept along on an emotional tsunami when presented with “information”.