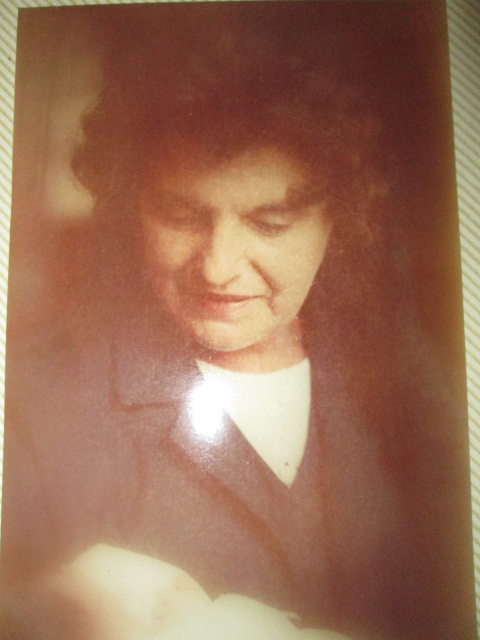 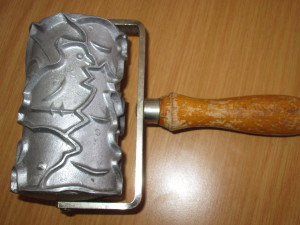 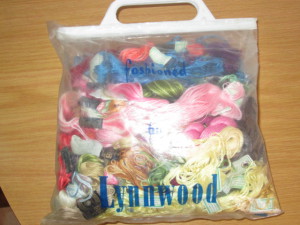 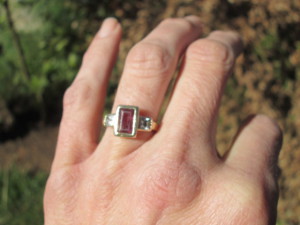 This week I used some embroidery threads which belonged to my grandmother, they are still in a bag from Lynwood Fashions, her clothing factory in Harare.  I was named Ursula after her and recent thoughts have been around how much of her, lives on in me.  Strangely my grandfather’s name was Clifford and my husband’s name is Clifford.  Ursula and Clifford, not a common combination I’m sure, I like the echo of it.  Since pondering over the embroidery threads, I have wanted to write something about her.

I also received an e-mail from Itch magazine calling for entries.   “The theme for Itch 13 is DETECTION. Taken literally, detection means the search for something hidden or concealed, but it opens up a myriad possible interpretations.

My recent method in writing poetry is to read some poetry before starting, to get my head in the right space.  This time I picked Raymond Carver off the bookshelf, and read this poem by him.   The page fell open, somewhere near the middle of the book  ‘A new path to the waterfall.’   How strange that it opened there when I was thinking of a pond and the gene pool as my central idea.  I liked the feel of the poem, and it did not rhyme, before picking up my pen I knew that the poem which I wanted to write would not fit neatly into verse.

At Sportsmen’s Park, near Yakima, I crammed a hook

with worms, then cast it toward the middle

of the pond, hoping for bass.  Bullfrogs scraped the air

from a lily pad while another pulled itself onto

afternoon.  I pushed a forked branch into the sandy bank, rested the pole in the fork,

watched the bobber for a while, then beat off.

Grew sleepy then and let my eyes close.

Maybe I dreamed.  I did that back then.  When

suddenly, in my sleep I heard a plop, and my eyes

flew open.  My pole was gone!

I saw it tearing a furrow through

the scummy water.  The bobber appeared, then

disappeared, then showed itself once more

skimming the surface, then gone under again.

What could I do?  I bellowed, and bellowed some more.

Begun to run along the bank, swearing to God

I would not touch myself again if He’d let me

retrieve that pole, that fish.  Of course

I hung around the pond a long time

(the same pond that’d take my friend a year later),

once in a while catching a glimpse of my bobber,

and dropped from trees into the pond.  Finally

it was dark, and I biked home.

My dad was drunk

and in the kitchen with a woman not his wife, nor

my mother either.  This woman was, I swear, sitting

on his lap, drinking beer.  A woman

with part of a front tooth

missing.  She tried to grin as she rose

to her feet.  My dad stayed where he was, staring at me

as if he didn’t recognise his own get.  Here,

son?  Swaying against the sink, the woman wet her lips

and waited for whatever was to happen next.

My dad waited too, there in his old place

at the kitchen table, the bulge in his pants

subsiding.  We all waited and wondered

at the stuttered syllables, the words made to cling

as anguish that poured from my raw young mouth.

My poem did not come easy to me, I was baiting a hook and waiting.  I wrote this over 2 days, starting from scratch on the second day, I then married the two with this result.

I hold my breath, diving

into the ancient pool

beyond time, beyond breath

swimming in the fluid that binds, (blood

I am, daughter of your daughter

a raw gem to the light

Now, on our pond, I find you

somewhere between, where sky reflects water

Ursula and Ursula, a circle of syllables

who is calmed at a potter’s wheel

from your warm kitchen, where

an ancient clock, and

baking at Christmas, with my children

we cut the same shapes,