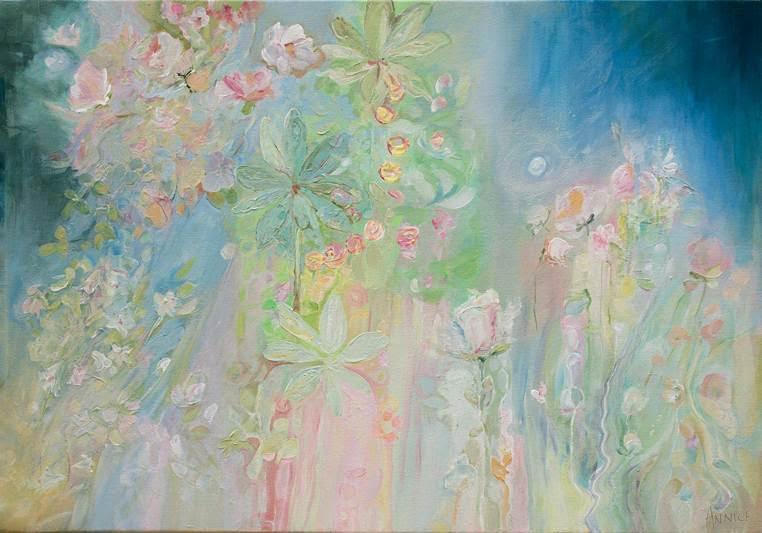 My mother Annice Whitehead, recently completed this painting where she tried to capture her impression of heaven. While grieving the death of her partner Charlie, her art is proving to be therapeutic.

Avbob (the funeral business) are currently running a poetry competition with the theme I Wish I’d said.  I’ve entered 2 poems so far and am busy working on a third.  I can publish the one below here on my blog now because it was unsuccessful, I’m still puzzling over what they mean by “Unfortunately, your poem did not meet the minimum requirements.”  Art in any form is highly subjective and while rejection is a bit of a blow I worked hard on this piece and the writing process is rewarding in itself.  The subject of death is not cheerful but grief and loss are only too real and the creative process can aid healing.

Still
You hear me, don’t you
On our wavelength
Beyond the shore of understanding
Where foam releases
The essence of Who we are
and, what we were
The air fills
with all that longing
that ache
to reach you
and sometimes
in a finger brushing moment
I do

Last year I wrote several poems after the death of Marc Brassington, processing his death was very difficult.  The death of David Bowie also prompted a string of poems

Beyond words and music – David Bowie

This poem Don’t Wake me Now has now also been rejected by AVBOB but I feel that it expressed what I was thinking and feeling, which is what matters