A little light in the darkness – pottery toadstool nightlight

After my epic parenting fail post about Fjord’s tick bite fever.  His Godmother Jo called to instruct me that my next post be a #winningatparenting one.  I broke my word because between our conversation and now our lives in SA were turned upside down and instead I changed the lyrics to the 80’s anti apartheid protest song “Give me hope Johanna” to “Give me Hope Kathrada“.  Anyway here we go Jo, I feel like I’ve been hit by a bus on a road to nowhere under the rule of a dictator but I did make a toadstool night light at pottery which made my little girl very happy.  Since last year Acacia has asked for a night light saying that she’s afraid of the dark (my darling girl I wish that the dark was the least of my worries).  The lamp took 5 pottery lessons and 11 hours to make but it was my most rewarding project so far and it was made with love.

If any potters are planning to make one these are the steps used to make this one.  I’m grateful to have Mary as an awesome teacher at Mary Brooks Pottery Studio.  The main 2 pieces were made on the wheel and the rest added by hand. 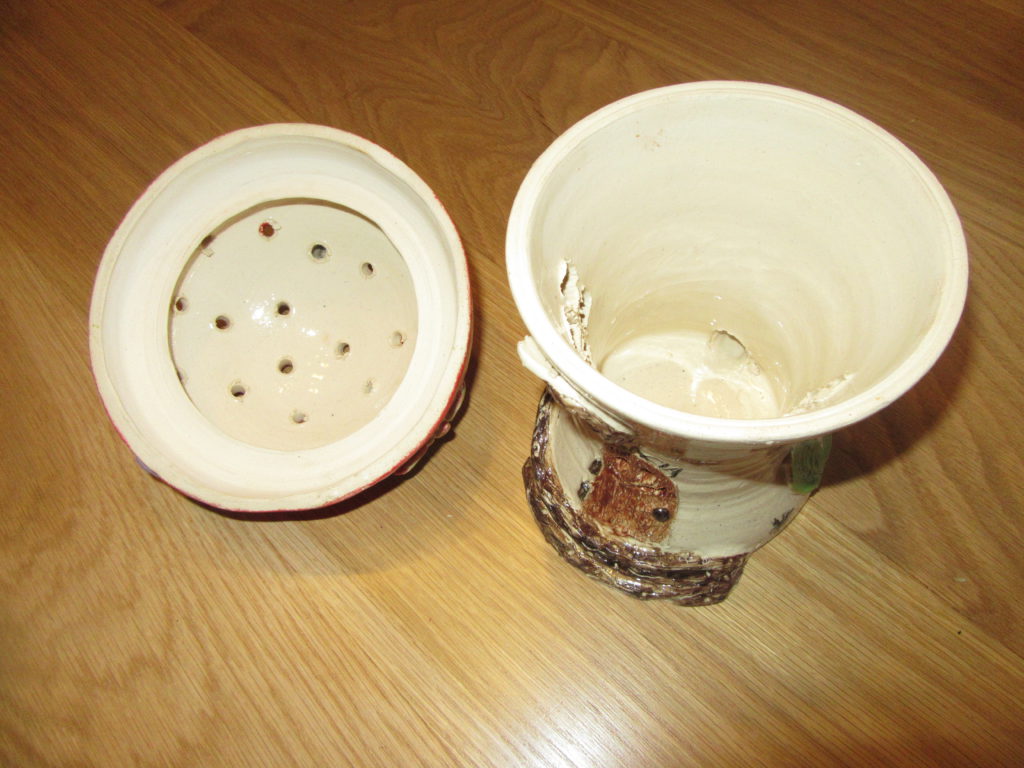 I didnt take a pic of the first step but this is the 2 pieces thrown on the wheel. The lip on the inside of the top was tricky and at first I didnt understand what Mary was explaining I needed to do. 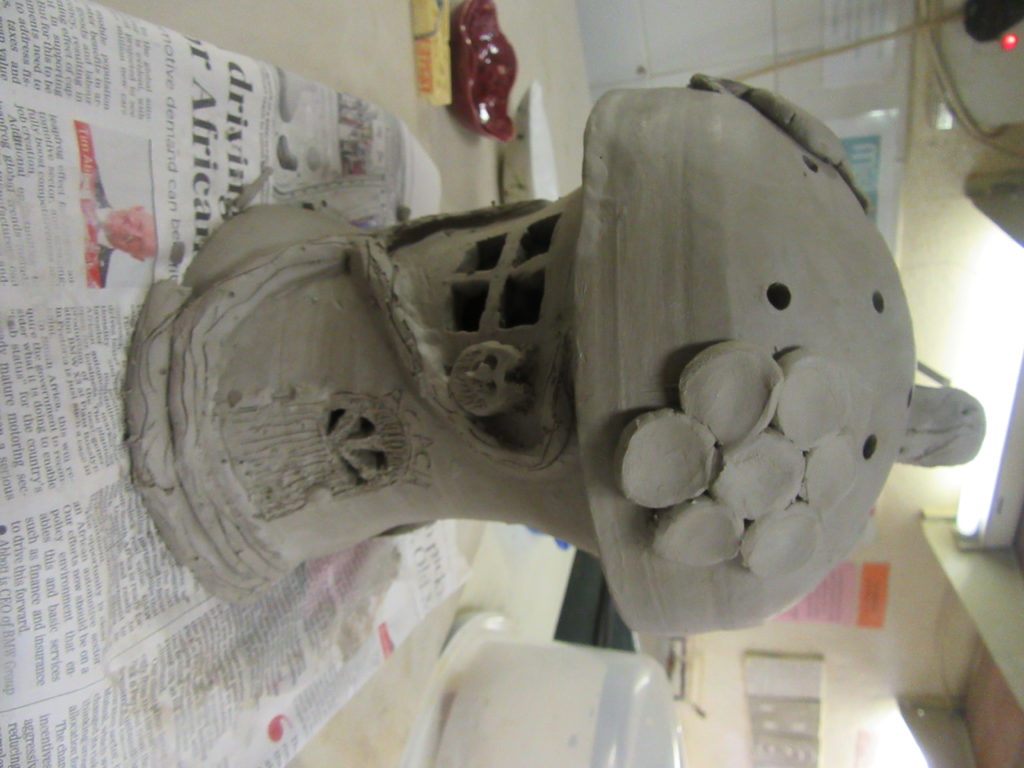 After the 2 pieces were turned, decorating was a lot of fun. Marys daughter Lindsey gave a few lovely suggestions such as the steps, owl and chimney which really took it to another level 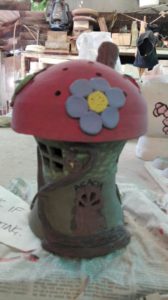 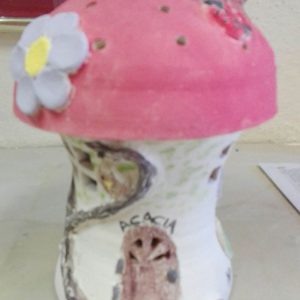 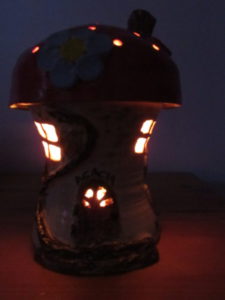 Home at last and lit up

Like Loading...
ceramics mushroom night light pottery South Africa 2017-04-06
sula 1968
Previous: Give me hope Kathrada (to the tune of give me hope Johanna)
Next: The Great Moscow Circus, the antidote to the Great ANC circus