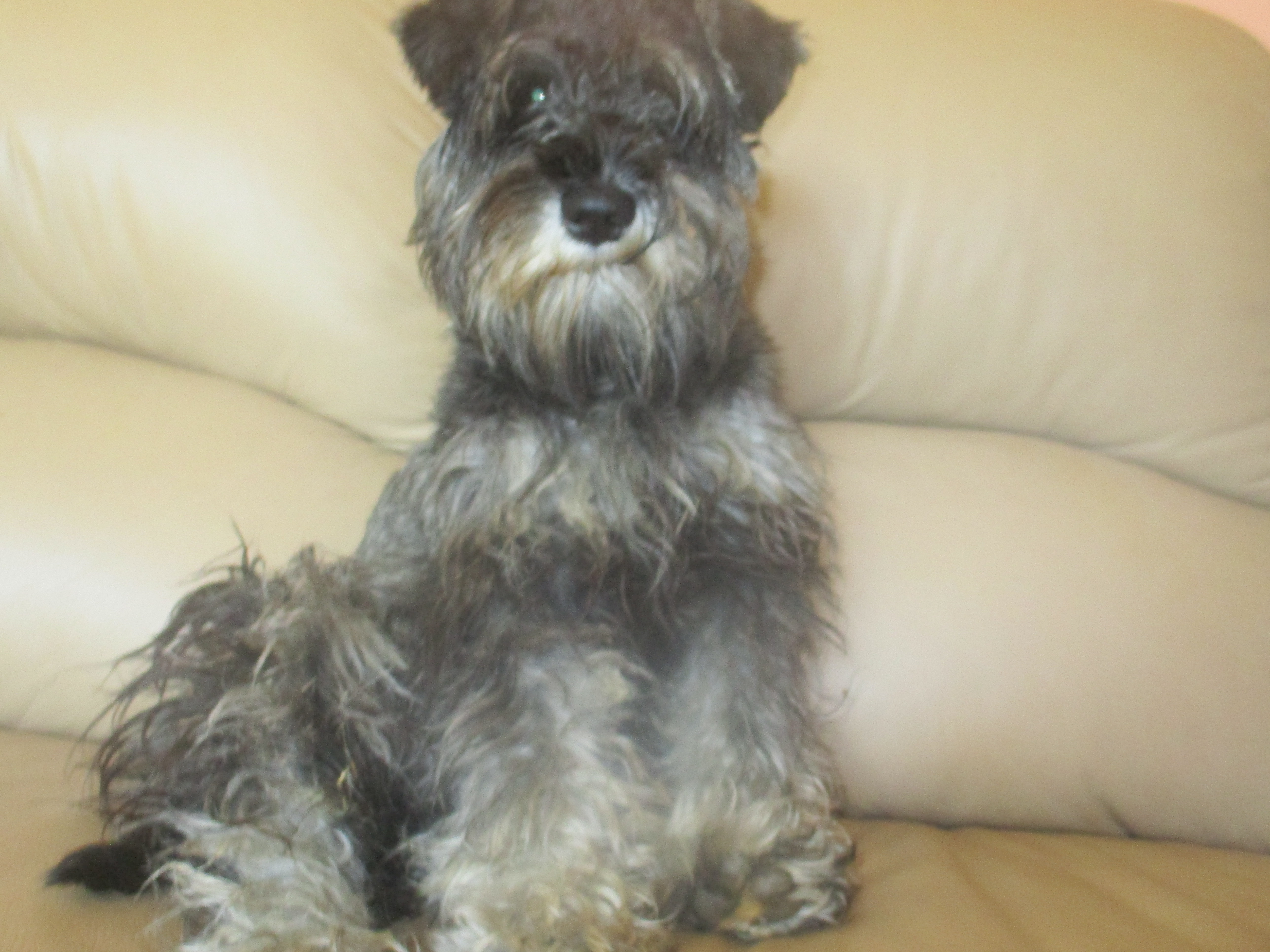 We got a puppy from a lady in Pretoria. She is a salt and pepper minature schnuzer. for a day or two we didn´t  know what to name her, but soon we named her Shadow .We named her Shadow because she follows me a lot, and she is dark. Shadow is a pure breed and she is healthy, but when we got her she was sick.

She is very playful, she likes to play fetch and tug the rope with me. Shadow doesn´t like to sleep in my bed but        sometimes she does when I am lucky. I teach her a lot of tricks like saying please (barking), or roll over for  a          scratch.  I chose Shadow because she came to me first. She is so adorable. We nikname her stuff like Shnoo. 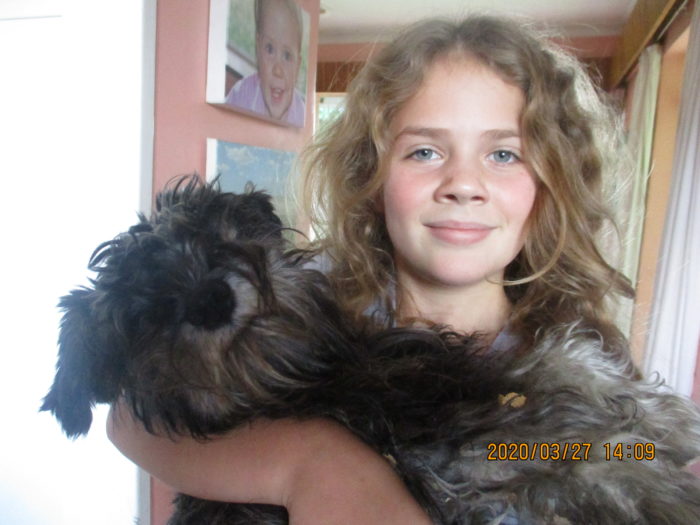 Our other dog Floppy didn´t like Shadow at first, but now Floppy loves her as well. Floppy and Shadow play a lot with each other. When I Put Shadow on my bed she jumps off to play with Floppy.  Shadow is smaller than I expected her to be but that makes her cuter. I love her because she is special and unique. My brother Fjord likes Shadow most of the time but the rest of time he likes Floppy.