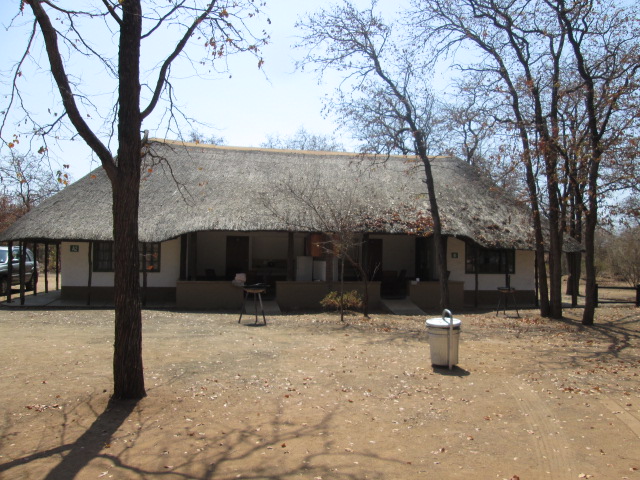 Shingwedzi Camp is a fine reason for me to keep my blog, providing me with records of experiences.  Cliff tells me that we stayed there before, roughly 10 years ago.  I have zero recollection, nothing looked or felt familiar.  Either age is a factor, or I live too much in my head and engage too little with the world around me, there’s a lesson to me here. 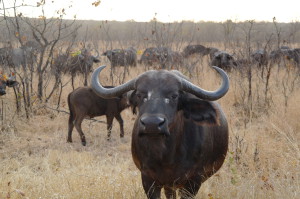 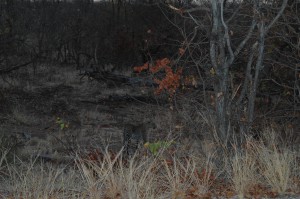 The 3 hour drive through the park from the Phalaborwa gate to Shingwedzi camp, was a grand opening for our trip.  We saw countless elephants, a heard of buffalo which we were later told numbers around 5000, giraffe, impala, kudu, waterbuck and even a leopard.  In the soft light of dusk all city thoughts and tensions melted from us.  The silence is absolute and tangible, broken only now and then by a nocturnal creature. 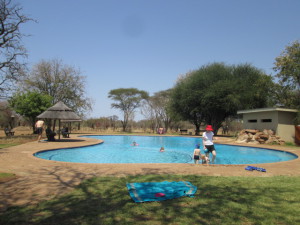 In the morning, the children explored, delighting in the squirrels and starlings at play outside our chalet.  The sparkling pool called to them and they answered with glee.  We could have sat for hours on the deck overlooking the Shingwedzi river.  Elephants drank from the waters where hippo wallowed and yawned.  On our second evening we heard the occasional roar of a lion, the following morning Cliff took a drive and saw 3 lions under a tree, over an hour later when he took us to spot them they were still in the same place.

Fear of malaria kept us away from Kruger park for years, children should be 5 before exposure to malaria, Acacia has only just turned 4.   Extreme preventative measures were taken.  Strangely despite Shingwedzi camp including part of a river we did not hear or see a mosquito.  From our experience, visiting at the end of September I would say that if you are going to visit the Kruger National Park, going during winter or the dry months is most advisable.  Despite the low risk from about 5pm I covered them in repellant and dressed them in long sleeves and long pants.