Sterkfontein caves and Maropeng museum, a disgraceful rip off 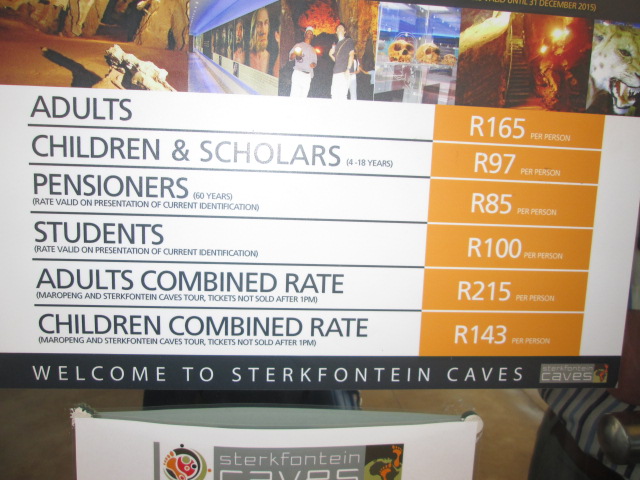 Now and then my happy, peace-loving persona gives way to ire.  We all have things which get our goat (where does that come from?), being ripped off and being screwed over by government are particularly irksome to me.  A visit to Sterkfontein caves and Maropeng museum today checked both boxes.  After a 150 km round trip we went home without entering either.  The sneaky so and so’s do not list prices for entry fees anywhere on the website for Cradle of Humankind – I am sure if the prices were openly advertised far fewer people would bother to make the trip.  Eleven years ago as a hard up single parent I previously visited Sterkfontein caves and it was happily affordable.  It seems, however, that the status of being a world heritage site has allowed them to get away with insane prices.   We were looking forward to taking our children on this educational outing, and were sorely disappointed.   Even if we had oodles of boodle, I would still not pay these prices on principle.

Everything looked very different to when we last visited, but I can’t say that it’s an improvement.  The building which houses a shop, restaurant and ticket office looks like a below par bus station. 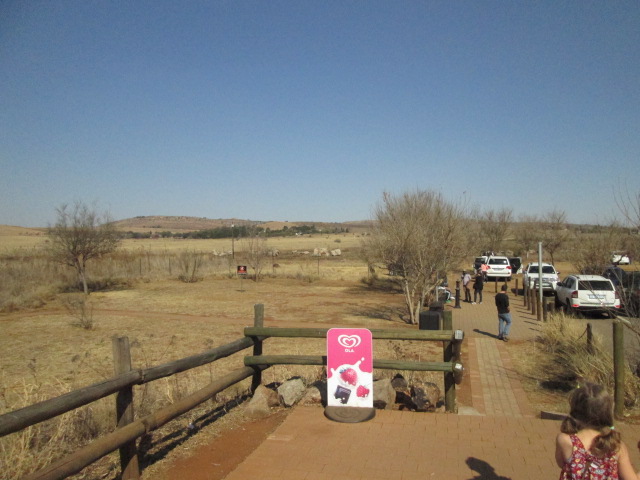 The dusty picnic area, bereft of tables or seating is situated next to the car park.  We chose to forgo enjoying our picnic lunch here.

With Sterkfontein caves scratched off the to do list we proceeded to Maropeng with a view to visiting the museum.  The prices were again absolutely insane, R160 for adults and R90 for children.  Needless to say we turned around and headed home.  With separately purchase tickets, at these prices it would cost our family of four over R1000 to visit the caves and the museum, and even with the combined ticket price of R716, it is still an absolute rip-off.  &%$# them!  Moreover one has to question the reason for the museum having been built on a separate site from the cave.

For the sake of comparison, last year we visited Sudwala Caves.  Sudwala caves are privately owned and run (aiming for profit, one would assume).  Their current rates are R90 for adults and R45 for children.

Subsequent to this attempted visit my husband Cliff did some research, he found out that the hominid skeletons found at Sterkfontein are not even at the museum at Maropeng, they are at the National museum of natural history in Pretoria the current entry fee’s there are R30 for adults, R15 for scholars and 5 year old Acacia would be free.  The other big Museum in Cape Town charges R75 for a family of 4.

After complaining about Sterkfontein and Maropeng on facebook, friends have told me that Wondercave is very close to Sterkfontein and there the prices are R90 for adults and R70 for children.