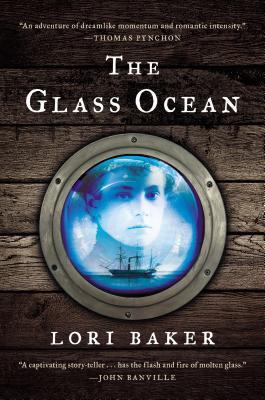 I have mixed feelings about the book The Glass Ocean, by Lori Baker. The poetic prose is haunting. The writing feels more like art than fiction. I did not like the first person voice which Lori Baker chose to tell the story. The narrator is the daughter, who tells the history of her parents, a large portion of their story being their complex relationship primarily before she was born. Detail was rendered fallible as no child truly knows the hearts and minds of their parents particularly prior to when they are born. Yes, I appreciate poetic licence and it seems that the tale is meant to have a dream like quality but I would have liked some kind of anchor.

There are many examples of the beautiful writing :

“He combats infinity with a pencil point.”

“They looked quickly and then looked carefully away, in the usual mannerly violence of exclusion that is practised in such places.”

“It is a reverse haunting, though: instead of a presence, an absence.”

I found the pace slow particularly in the beginning, The Glass Ocean did not engulf me, unlike most works of fiction it did not provide a space where I could immerse myself, instead it swirled around me, a mystical mist. Whilst the elusive quality may have at times frustrated it did imbue an element of magic.