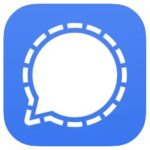 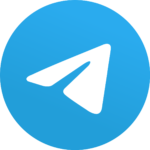 I’m not leaving Whatsapp due to security issues (apparently they’ve already violated my privacy).  I’m leaving because I can.

In 2020 mindsets shifted dramatically.  Fear motivated the world to surrender freedom.  Never in history have so many been so powerless.  I’ve had enough of being treated like a delinquent child.  I’m a responsible adult.   Governments have controlled and tried to break the spirit of citizens, with many mindless and senseless rules. Despite mask wearing, sanitizing to the point of developing eczema and following the guidelines;  I still probably had a mild case of Covid19 (untested as I don’t buy into the testing hysteria, I did self isolate regardless).  The loss of personal freedom and freedom of speech has me excited to leave Facebook owned Whatsapp.  I’m really the zig with big tech.  We are controlled by about 5 iffy guys who have more power than any politician, and our choices are next to nothing.

I have no skin in the American political game but it’s terrifying that Donald Trump has been so completely silenced by Facebook, Twitter (I loved that platform but have deactivated my account), YouTube and co.  If the most powerful leader in the world is at their mercy, we can be squashed like bugs.  Big Tech control access to all the info that we draw on to form opinions.  Facebook controls what I see, they choose which posts are at the top of a feed.  Last year I joined a page which encouraged the boycott of products made in China, it had over 20K members.  I shared a few posts.  Then the page vanished and at exactly the same time I noticed that when I posted anything, there were absolutely no likes or comments.  It was blatantly clear that Facebook did something which then rendered me completely invisible.  Getting off there is going to take a while, it was like a diary and I need to save all the pictures and milestones before leaving completely.  Staying with Facebook, Whatsapp or Instagram would be like an abused woman staying with a man because he buys her jewellery.

Thankfully the Ts & Cs Whatsapp media storm reminded me that Facebook owns the platform, and the fuss has drawn friends and family to Signal and Telegram (for now I’m on both), more users makes a better experience.  Even our school has set up alternative channels of communication.

The video below is one of the most disturbing things I’ve watched.  Parler was an alternative to Twitter where free speech was a cornerstone.  They were taken down when they were the no 1 downloaded app.  If we don’t fight for our freedoms now, Covid will be the least of our worries in the future.