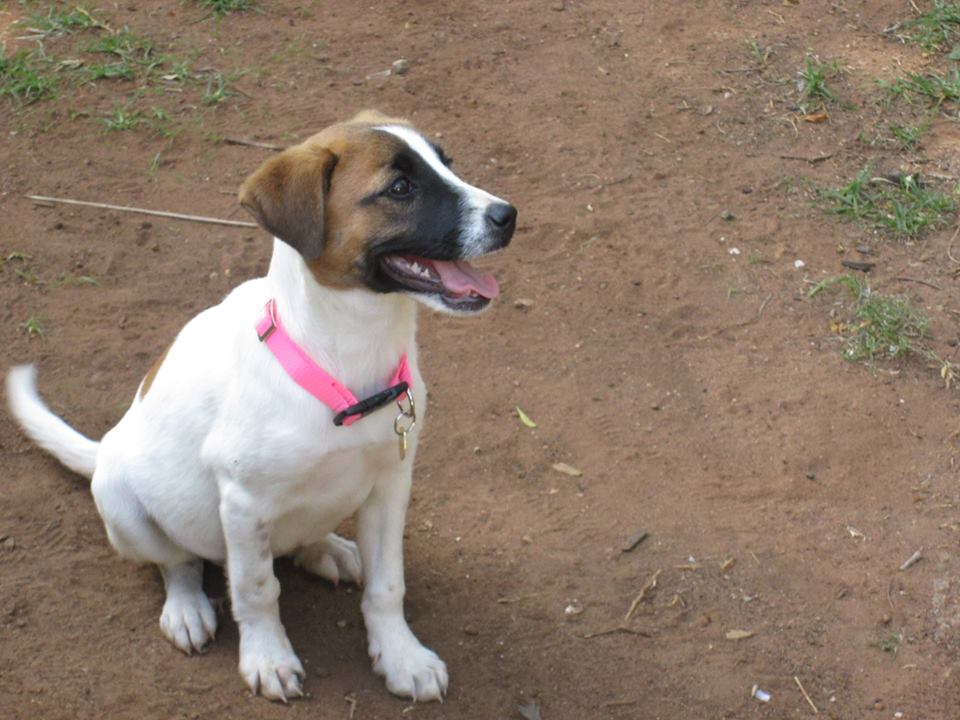 Over a year ago for Acacia’s 3rd birthday, I wanted to get her a puppy.  Cliff was not in agreement, which led to a bit of a conflict.  Last week I was a little bit naughty, I took the children to the SPCA just to see if they had any puppies.  I was sort of thinking that if the children saw puppies, they would ask Cliff to get one.  I know that he has a hard time saying no to the children.  Well Fjord fell in love with a little Jack Russel cross-breed who is about 5 months old.  Fjord phoned Cliff at work and pleaded with him.  Cliff held out for 2 days but then took Fjord back to the SPCA to look at the puppy, and agreed that we could get her.

Fjord named the puppy Floppy.  When he was 2 he would pretend to be a dog and we had to call him Floppy Flydough (Fido).  Our house was inspected by the SPCA and we took Liquorice our old Scottie to meet Floppy.  It is a good idea that SPCA now insist that existing dogs are introduced to new ones before being adopted.   I also wanted another dog because Liquorice has been rather lonely. 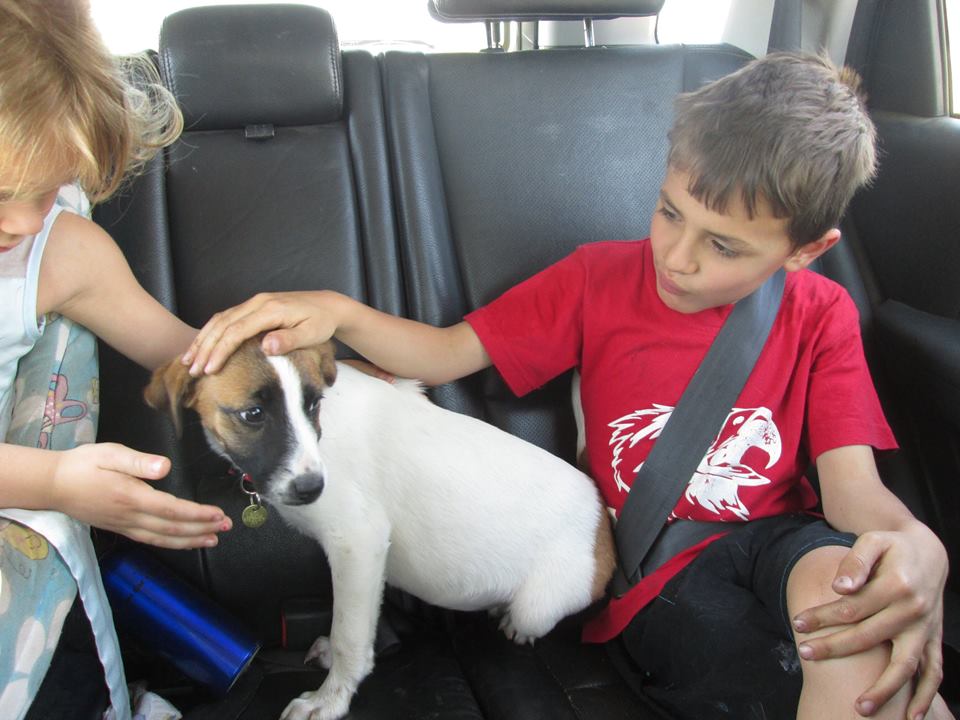 Floppy on her way to our home

Floppy was sterilised on Monday and yesterday was the big day.  After fetching Fjord from school we collected Floppy.  I wish that I could bottle the joy in the car on the way home.  Floppy has fitted right in.  Liquorice is delighted to have a new friend and the children adore her. 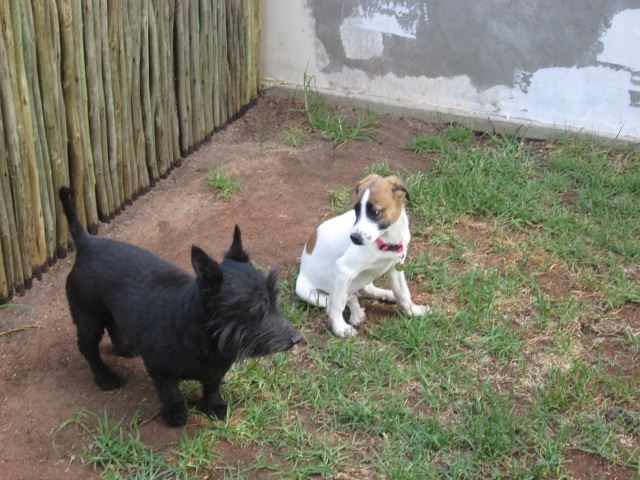 As Fjord is allergic to dogs (oddly not to cats) we have to keep the dogs outside with a kennel and cushion.  In the morning I put her on his bed briefly to wake him, I think that he has never had such a happy waking for school.  Dog saliva and saliva residue gives him a skin rash but we just wash his face and hands when he comes in from playing with Floppy and Liquorice.