10 Years ago on a Durban trip, my husband Clifford proposed to me.  I use the word proposed in a rather loose manner as he said something along the lines of “So when should we get married?”  We had met only 4 months previously after exchanging a few messages on a dating website.  Despite his somewhat unromantic proposal,  my memories of that holiday are all clothed in romance.  A day or so after he ‘proposed’ we went for a magical walk at Umhlanga Nature Reserve.   A few years later we returned to the nature reserve but were put off doing the walk on seeing a notice stating to be wary of criminals. 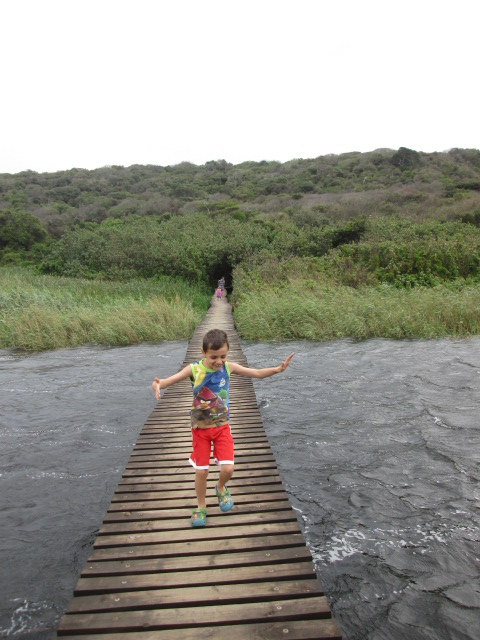 This month on our Durban trip, the weather was mostly grey and drizzly.  With the beach off the ‘things-to-do’ list we decided to try the nature reserve again.  This time there was no safety warning notice.  The trail through the dune forest protected us from the strong wind.  The children loved the adventure particularly the walkway across the lagoon (I was a little worried that the howling wind would blow them into the water.) 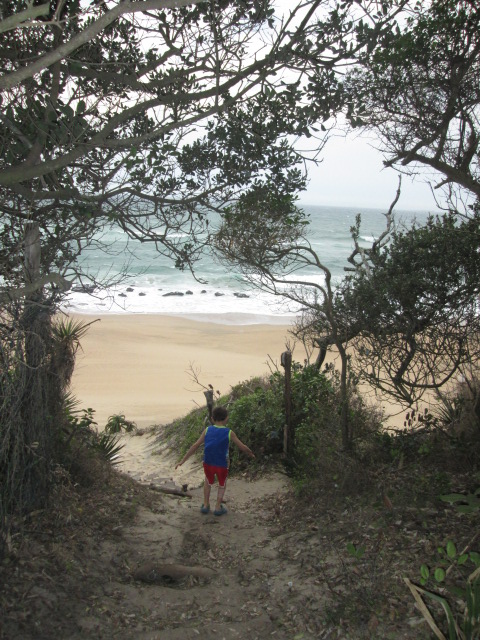 Where the path exits onto the beach we took 2 steps out of the forest only to do an about turn after being sand-blasted.     We will certainly visit there again now that we know it is safe.